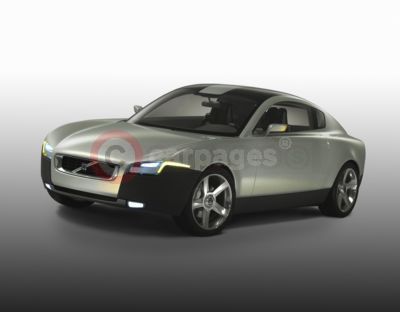 The aim of the Swedish Design Award is to showcase the wide scope of contemporary Swedish design expertise and to support design as a value-enhancing tool.

The car has captured the attention of the whole world since it was unveiled at the Geneva car show in March 2004; more than 2.3 column-kilometres of media coverage have been devoted to the car, and it has received a large number of awards and prizes.

"It is particularly gratifying to receive the accolade of the design community on our own home-ground," says Maria Uggla, colour and upholstery designer for the YCC project.

"When you get the opportunity to transform an idea into a finished design in every single little detail, the result can be seen in the overall integrity of the finished product, both inside and out."

The design of the YCC is deliberately Scandinavian. For exterior designer Anna Rosén, this meant a blend of functional utility and attractive sports car enjoyment.

For interior designer Cynthia Charwick, Scandinavian design means space and light. So she created an interior with plenty of space, uncluttered surfaces and lots of airiness. The instrument panel is S-shaped, the seats look like they are floating on air, and the lighting and ventilation are integrated into the natural demarcation lines in the interior panels.

Colour and upholstery designer Maria Uggla interprets Scandinavian design as honest, authentic materials and light colours. She wanted to give the car a living-room feel, an opportunity to bring materials and fabrics from the home environment into the car. That is why the YCC features pale laminated oak panels, brushed aluminium and compression-moulded saddle hide.

The YCC also opens up the scope for personalising the car since the seat cushions are replaceable, allowing the customer to choose from a variety of new colours, patterns and materials.

The YCC concept car has received the following awards: