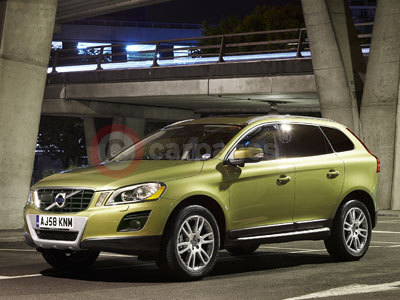 The Volvo XC60 crossover has been named 'SUV of the Year' at the 2009 Fleet World Honours. This is Volvo's second consecutive appearance on the annual winners' list, after the Volvo XC60's ground-breaking City Safety won the Technology Category last year.

"This is a great achievement for Volvo and further evidence of our commitment to designing and building company cars that feature innovative technology, yet remain true to our core values of quality and safety," commented John Wallace, Corporate Sales & Leasing Manager for Volvo Car UK.

The Volvo XC60 was launched in November 2008 and, in addition to the Fleet World Honours accolade, the car was also awarded the What Car? SUV of the Year at the magazine's 2009 Awards. It fuses SUV-like toughness and practicality with coupe style and driving dynamics and also features the 'world first' new safety technology, City Safety. City Safety eliminates the possibility of crashing into the car in front at in-town speeds of up to 9 mph and lowers the risk of crashes below 19 mph, reducing injury (especially whiplash) and cutting repair costs.

The recent introduction of front-wheel drive and the new 2.4D engine to the Volvo XC60 also sees fuel consumption improve up to 47.1 mpg and CO2 emission figures tumble to 159 g/km - ensuring the model benefits from a 20 per cent Capital Allowance rate following the introduction of new rules earlier this year. The new rules result in lower whole life costs for companies, while drivers of these lower emission vehicles are rewarded with reduced Benefit in Kind (BIK) tax bills.

The Fleet World Honours are presented annually to those motor manufacturers, service companies and individuals who have, in the opinion of the judges, achieved the highest possible level of excellence in their sector.

The judging panel is chaired by industry professional George Emmerson, who has managed fleets at IBM, NHBC and Black Horse Agencies. Other members of the judging panel include Ken Rogers, John Kendall and Ross Durkin from Fleet World's editorial team, and fleet manager Jackie Pomfrett.

Fleet World's Managing Editor Ross Durkin added: "Despite the difficult economic conditions, we had a tremendous number of entries in this year's Fleet World Honours - a sign not only of the significance of the awards themselves, but also of the tremendous level of service, innovation and competition that exist within the fleet industry today. Those who have won can be justifiably proud of their achievement."