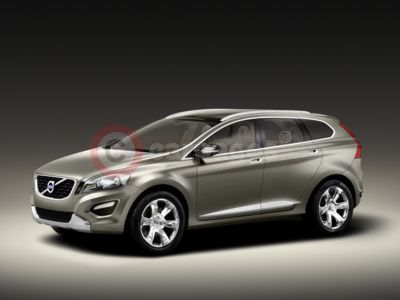 The powertrain for the All Wheel Drive Volvo XC60 Concept, due to make its world debut at the Detroit show in January, is a six-cylinder, 3.2-litre bio-ethanol engine.

The engine offers dynamic performance with 265bhp and 340 Nm of torque - with 80 per cent lower carbon dioxide emissions compared with the same engine running on petrol.

"We believe that the FlexiFuel also has great potential for larger engine sizes and we are planning to expand our range of bio-ethanol-powered engines in the coming years," says Magnus Jonsson, Senior Vice President, Research & Development at Volvo Cars.

The powertrain for the Volvo XC60 Concept uses the same six-cylinder, 3.2-litre, in-line petrol engine that was introduced in the all-new Volvo S80 and revised XC90 in mid-2006. The engine has been optimised for E85 (85 per cent bio-ethanol, 15 per cent petrol). This gives acceleration from 0-60 mph in 8.2 seconds and a top speed of approximately 143 mph.  Fuel economy when running on E85 reduces to 19.2 mpg, as the energy content of ethanol is 40% lower than that of petrol.

Bio-ethanol is an entirely renewable fuel that can be produced from just about any biomass source, such as corn, wheat, sugar-cane or cellulose. On top of these environmental benefits, in many markets the car owner is compensated at the fuel pump through the lower price of bio-ethanol.

"One single renewable fuel will not be able to replace today's fossil fuels, and the range of alternative fuels will probably be far wider in the future. Many different fuels and technologies are therefore being developed in parallel. Ethanol reduces dependency on fossil fuels and Volvo's FlexiFuel programme makes a vital contribution to our strategy of environmental sustainability," says Fredrik Arp, President and CEO of Volvo Cars.

The demand for renewable bio-ethanol is growing steadily in Europe.  There are already 23 plants producing ethanol in Europe which is expected to rise to just over 60 by 2008. Approximately 720 million gallons of ethanol are produced annually within the European Union, primarily from sugar beet and various grains. Capacity is expected to increase threefold by 2008.

In comparison, the USA has 101 bio-ethanol plants with a capacity of 4.8 billion gallons per year. It has a further 39 bio-ethanol refineries under construction, which will add more than 2.5 billion gallons capacity. There are already about 1,000 filling stations for E85 in the USA.

Volvo Cars has already launched a four-cylinder bio-ethanol-powered FlexiFuel engine in three of its nine models - the C30 SportsCoupe, S40 saloon and V50 Sportswagon - which are available in several European countries - Sweden, France, Norway, the Netherlands, Spain, Ireland, Belgium, Austria and Switzerland - and plans to introduce them to more countries in 2007, including, probably, the UK. Volvo predicts sales of 7,000 FlexiFuel cars worldwide in 2007.