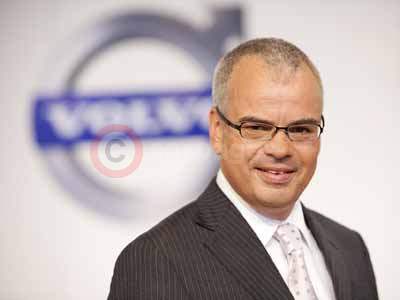 For the second quarter of 2011, Volvo has shown an operation EBIT (earnings before interest and tax) of 600 MSEK, an improvement of 170 MSEK when compared to the same period of the previous year.

"We are gradually returning to sustainable profitability although we have more work to do before we reach our objectives. A good sales increase is evident in many markets as we are working to revitalise the Volvo brand to attract more customers", says Stefan Jacoby, President and CEO, Volvo Car Corporation.

Higher volumes and an improved mix of cars can be attributed to the operating improvement of 170 MSEK, partially offset by increased costs from investments which support expansion plans and negative development of exchange rates. Revenue was 33 BSEK, which is a 3.5 BSEK increase from 2010. During the first six months of 2011, Volvo saw an operating profit of 1.2 BSEK.

230,746 vehicles were sold by Volvo during the first six months of 2011 which is a 30.3 per cent improvement compared to 2010. In June 2011, the announcement for additional production capacity was announced by Volvo, alongside a recruitment drive of 600 additional blue collar employees.

Strong demand for the new Volvo S60 and V60 were the main drive for the improved sales, alongside the Volvo XC60 crossover which saw a month on month sales improvement. The Volvo DRIVe range represented 19.2 per cent of sales in Europe. During the second quarter of the 2011, production also commenced on the first 250 Volvo C30 Electric vehicles offering zero tailpipe emissions.

Whilst the first six months of 2011 shows a strong result, Volvo is not taking it for granted over the coming months due to the currently unstable market. Reduced production capacity during the vacation period could also have an impact on business for the third quarter.

"The recent developments in the global economy makes it difficult for us to predict the car market and we need to be prepared for changes in consumer demand" said Stefan Jacoby.