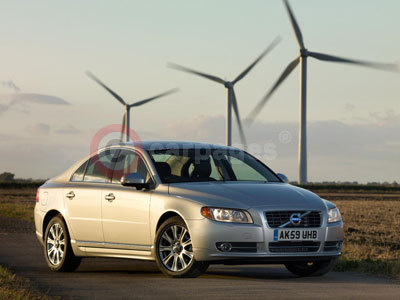 With 1,378 registrations and a 2.01 per cent market share, Volvo Car UK has experienced a very successful February 2010 and the good news doesn't stop there. All models in the Volvo range have performed significantly above last year's February results particularly the Volvo XC90 seven-seat SUV, Volvo S80 executive saloon and award-winning Volvo XC60 crossover.

The versatile Volvo XC90 continues its popularity and hit the number one spot in its segment in February 2010, helped by a registration increase of 202 per cent compared to the same period in 2009.

The Volvo S80 benefited from a facelift at the beginning of 2009 and together with a new Sports chassis and a 119 g/km DRIVe variant, the Volvo S80 executive saloon has been given a new lease of life, evidenced by a registration increase of 278 per cent.

With the help of the DRIVe engine, the award-winning Volvo XC60's February registrations were up 115 per cent over the same period last year - ahead of the Audi Q5 year-to-date.

The new Volvo C30 SportsCoupe was launched at the end of 2009 and continues to perform well, standing at number two in its segment with registrations up 80 per cent over February 2009.

Thanks to a registration increase of 66 per cent the Volvo S40 retained its position at number one in its segment in February 2010.

The UK's favourite Volvo model, the Volvo V50, is up 66 per cent in February and outsold the Audi A4 year-on-year whilst also outselling the Ford Mondeo year-to-date.

Together with the Volvo C30, the Volvo C70 also received an extensive facelift at the end of 2009. The dynamic model has resulted in a 17 per cent registration increase over February 2009, pushing it to number three in its premium segment.

The Volvo V70 and Volvo XC70 both increased registration numbers by 22 per cent and a substantial 111 per cent respectively.

Volvo Car UK is expecting to continue and build on this positive trend with the launch of the all-new Volvo Volvo S60 due in dealer showrooms this summer. Together with the recently introduced Volvo XC60 R-DESIGN, new Volvo C30 and Volvo C70, along side the continued success of the economical DRIVe range of vehicles, Volvo Car UK is aiming to significantly out perform last year's sales success.