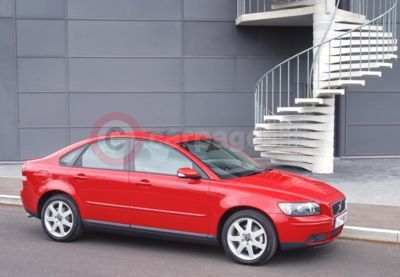 Volvo Car Corporation has announced it will start producing the Volvo S40 saloon in China.

"This is an important step towards a stronger presence and a brighter future in the Chinese car market," says Fredrik Arp, President and CEO of Volvo Car Corporation at a press conference in Beijing, China. "We are convinced that the launch of a Volvo S40 produced in China will be successful, both from an industrial point of view as well as from a commercial angle," he continued.

Volvo expects to build 10,000 cars per annum at Volvo Cars partner Changan Ford’s plant in Chongqing. Volvo will be selecting local suppliers for a number of parts to meet the Chinese government’s strict requirements for local production.

"Local production is the key to remaining competitive in China," says Fredrik Arp. "We are facing a scenario where the import duty is significant and our main competitors are already producing models locally," he continued.

Volvo Cars has been studying Chinese production possibilities for quite some time - but the demands on assuring the required quality made high demands on any potential production partners.

"A Volvo must be a Volvo car in all aspects, no matter where it is produced. After working with Changan Ford for over a year, we have ensured that its factory, co-operating with our own experts, will meet Volvo's high demands for quality," says Fredrik Arp.

Volvo Car has been represented in Beijing since 1994 and the dealer network has been continuously developing through independent companies. The Volvo network of showrooms as well as service facilities now covers 45 cities in China.

"This expansion helped our sales figures in China grow by 84 per cent last year. Local production will make our position even stronger as we can offer our main model at a very competitive price," says Fredrik Arp.

Volvo Cars has a busy period ahead for new model launches, with seven new car models to be introduced between 2006 and 2009.

Volvo revealed the all-new C70 convertible at the Frankfurt motor show last year, which will be launched in China in the next 12 months.

So far this year, Volvo has unveiled its C30 Design Concept at the Detroit show in January, paving the way for the real Volvo C30 premiere in Paris in September, and the completely new generation of the luxurious flagship Volvo S80 saloon made its world debut at the recent Geneva motor show.

"The all-new S80 is pure Scandinavian Luxury and we are convinced that it will also be very successful in the Chinese market," says Fredrik Arp.

Volvo S40 Images may not be UK specification cars. Colours and exterior and/or interior elements may differ from actual models.