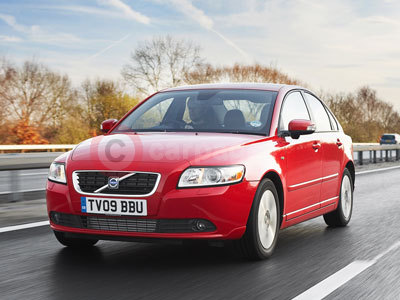 The new Volvo S40 DRIVe has been named Green Car of the Year at the What Car Green Awards, held in association with Michelin and Warranty Direct.

The Mayor of London, Boris Johnson, said: "Three cheers to the Volvo S40 DRIVe for scooping the top prize for green motoring at this year's What Car Awards. There are clear incentives for manufacturers to raise the bar higher and higher to design less gas guzzling cars that take hundreds of pounds off consumers' fuel bills. This is good for the planet, good for the economy and great for the driver."

What Car's editor, Steve Fowler, said: "The S40 is a great example of a car maker cleverly refining existing technologies to make a seriously green car. It's not just about a low CO2 figure, though: the S40 is great to drive, safe, has enough space for the family and, crucially, is cheap to run, too."

For the second year running, the British-built MINI Cooper S picked up the award for the greenest sports car, and the BMW 318d was named best green executive car.

At different ends of the market, the Fiat 500 Stop&Start was awarded best green supermini, while the Audi A8 2.8 V6 collected the gong for the greenest luxury car.

The Technical Award went to Vauxhall for its Ampera, an electric car that goes on sale in 2012, and which will seat four, offer all the luxuries consumers are used to, and meet exacting safety standards.

Tesla picked up the Editor's Award for its pioneering battery-powered Roadster, which offers proof that electric cars offering sensational performance and outstanding driving abilities will appeal to petrolheads.

Steve Fowler said: "Green issues are still a hot topic, but it's fair to say that they are not right at the top of car buyers' priorities at the moment. It's just as well then, that green cars will save you plenty of cash at the fuel pumps and will likely be worth more than other cars when you come to sell - two things that are massively important right now."

Peter Snelling, head of communications for co-sponsor Michelin said: As the market leader in the development of energy-efficient tyres we are constantly working to reduce the environmental impact of our tyres. This is reflected in our sponsorship of these awards and can be seen by the high number of homologations we have with mainstream car manufacturers for our latest Energy Saver tyre, including the winning Volvo S40 DRIVe.

"Green motoring is fast becoming the norm, whether it's people downsizing to more frugal vehicles or manufacturers introducing ever lower emitting or hybrid models, the choice for the consumer is wide and varied. What's more exciting, is how technology will develop further in the very near future," explains Duncan McClure Fisher of Warranty Direct.

Volvo S40 Images may not be UK specification cars. Colours and exterior and/or interior elements may differ from actual models.