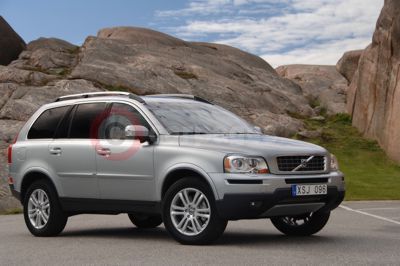 With an unprecedented number of new models launched by Volvo this year, there will be no less than two all-new cars, two models that have just been refreshed and the exciting C30 Design Concept among the Volvo highlights at the British International Motor Show (BIMS) at London's Excel from the 20 to the 30 July.

In addition, Volvo is also taking part in the motor show cavalcade through London on Sunday 16 July with a classic Volvo P1800, an all-new Volvo C70 coupe/convertible and an XC90 on parade.

With new 3.2-litre (238PS) and V8 (315PS) engines and ride and handling developed on UK roads, the all-new Volvo S80 is excellent to drive and looks good as well, thanks to the latest evolution of Volvo's modern design.

This important new model made its world debut at the Geneva motor show in March and is due to arrive in UK showrooms in August with three petrol and two diesel engines, S, SE, SE Sport, SE Lux and Executive trim levels and prices starting from £24,375.

The new 2007 version of the successful Volvo XC90 makes its UK debut at the BIMS in London with a revised exterior, enhanced interior luxury and refinement with the addition of a new SE Lux trim level, plus the introduction of Volvo's new 4.4-litre V8 and 3.2-litre six-cylinder petrol engines.

In addition, a stylish new XC90 variant will make its world debut at the motor show.

The 2007 model Volvo S60 sports saloon will be seen for the first time at the London show. Exterior refinements are subtle, consisting of new door mirror incorporating turn indicator, a lower front spoiler, larger grille and a range of new alloy wheels; however revised chassis settings and interior enhancements make the 2007 model Volvo S60 more luxurious and fun to drive.

New trim levels include the SE Sport, which is featured on the Volvo stand at the show with its new Imola Sports leather upholstery, and a plush SE Lux. Revisions across the range include satin chrome inlays on various points across the dashboard and steering wheel and 'grid-aluminium' inlay for the doors and dashboard. The 2007 Volvo S60 range includes S, Sport, SE, SE Sport and SE Lux trim levels, plus the high performance R. The 2007 Volvo S60 is available from £20,370.

The Volvo C30 Design Concept wowed the world at its debut at the Detroit motor show in January and generated massive media and public excitement about its obvious preview of the forthcoming two-door Volvo C30 - with over 18,000 enquiries already in the UK alone.

With two-doors, four individual seats and a glass tailgate, the C30 Design Concept draws on Volvo's design heritage of sporty coupes such as the P1800ES, 480ES and most recently the stylish SCC and 3CC concept cars. The actual Volvo C30 makes its world debut in September at the Paris motor show and is due to arrive in UK Volvo showrooms in late 2006 to compete head-on with the likes of the Audi A3 and BMW 1-series.

One of the most glamorous new cars Volvo has launched this year has to be the all-new C70 with a three piece retractable metal roof that converts, at the touch of a button, a stylish coupé into a cool convertible in less than 30 seconds. The Volvo C70 is available with Sport, SE and SE Lux trim levels and powerful five-cylinder engines - two petrol (2.4i, 170PS and T5, 220PS) and now a diesel (D5, 180PS). Prices range from £26,225 to £33,250.

Also at the show: competitions, goody bags and tickets to 'Adventure Land'

Other models from the rest of the range will be on the Volvo stand, include eye-catching Sport variants of the S40 saloon and V50 Sportswagon, plus the legendary V70 estate (in the new 2007 SE Lux trim), and the rugged XC70 AWD.

Volvo is supporting its official promotion of Disney's upcoming Pirates of the Caribbean: Dead Man's Chest with children's goody bags available on the Volvo stand, plus competitions to win cinema tickets to see the film.

In addition, show visitors can book places from the Volvo stand for a ride in a Volvo XC70 or XC90 through the exciting off-road 'Adventure Land' course at the show.