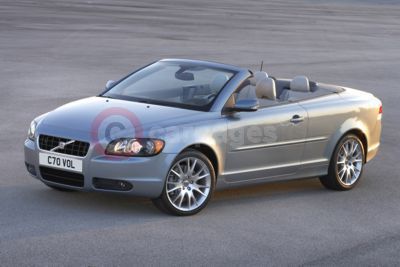 Hot on the heels of an enthusiastic public reception at its UK debut at the mph ’05 show, the fleet industry has given its seal of approval to the all new Volvo C70, thanks to class leading residual value predictions.

EurotaxGlass’s and Lex Vehicle Leasing (Lex) have both predicted residual values of up to 51 per cent. In addition, the Arnold Clark group and CAP have also predicted similar residual values; at 50 per cent and 48 per cent respectively.

Lex predicts that a three year old Volvo C70 2.4i Sport (expected to be the most popular model in the C70 range) will retain 51% of its original £25,517 list price which is as much as eight per cent above other premium brand soft top rivals like the BMW 318Ci 2.0, Audi A4 1.8T Sport and Saab 9-3 2.0t. On average, according to the Lex forecasts, the new C70 range should recoup 48% of its original list price after three years service.

Steve Jones, Lex Vehicle Leasing’s Pricing Manager, adds, "The Volvo C70 gives users the best of both worlds - the open top freedom of a convertible and the security and strength of a conventional coupe. The C70 should provide a lot of interest in the used market when it comes back from fleets in two or three years time, which is why we have given it a strong residual value prediction," explained Steve Jones.

Figures from EurotaxGlass’s reveal a similar story. At 48%, the residual value of the Volvo C70 2.4i SE with Geartronic transmission is matched only by that of the equivalent Audi, while BMW and Saab trail at 45% and 42% respectively. With the Volvo enjoying the lowest list price and highest residual values of the four, a C70 2.4 SE Geartronic costs £993 less to buy new than the equivalent BMW, and will be worth nearly £500 more after three years and 60,000 miles.

Volvo gave leasing company residual value forecasters an early preview of the new C70 in Sweden - and they were suitably impressed.

John Wallace, Volvo Leasing and Rental Manager said; "The trip was a huge success - we received some excellent feedback from the leasing company pricing managers. While the all new retractable hard top was the obvious centre of attention, it was also the spacious interior and stylish design that won the C70 much praise, plus of course the sheer practicality of the C70 being two cars in one. The new C70 is an important brand car for Volvo and, with these RV predictions, we have every confidence that it will make the same market impact as the XC90."

In addition to excellent residual values, the added safety and security of the folding steel roof, plus the free servicing plan for fleet customers, seem certain to make the all new Volvo C70 a great success.

Volvo C70 Images may not be UK specification cars. Colours and exterior and/or interior elements may differ from actual models.