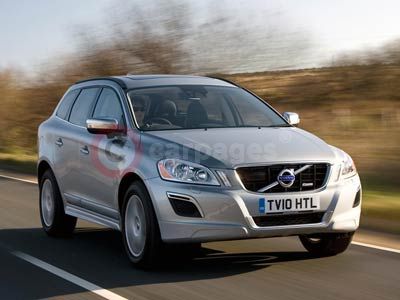 The Volvo range has been enhanced with a range of new engine additions and enhancements for the 2011 Model Year update. These new engines include the addition of a new two-litre five cylinder diesel powerplant which is introduced to the Volvo XC60 and Volvo XC70 models and replaces the familiar four-cylinder 136 PS unit in the Volvo C30, S40, V50, C70, V70 and S80. All new engines are available to order now.

The new five-cylinder 2.0D diesel is, in principle, the same engine as the well-established 2.4-litre diesel, but its displacement has been reduced with a shorter stroke to optimise fuel consumption. The injection system also has a different type of piezoelectric fuel injector compared with the D5 engine. These injectors minimize fuel consumption with their exceptionally rapid and precise injection pulses under high pressure to promote extremely efficient combustion. This engine is now available to order in all cars across the range apart from the Volvo XC90 seven-seat SUV.

As part of Volvo's new engine nomenclature and to simplify Volvo's engine badging, all new engines, including the new five-cylinder 2.0D, will be badged depending on the power output. For example, the 150 PS version of the new 2.0D in the Volvo C30, S40, V50 and C70 is named D3 and an uprated 177 PS version of this same engine is labeled D4. In the Volvo S80, V70, XC70 and XC60 the newly developed 2-litre diesel engine produces 163 PS and is badged the D3. This hierarchic naming has been introduced to allow customers to more easily understand which engine is the most powerful and which fuel it is driven by - D for diesel and historically T has been used for Volvo's petrol cars. Volvo's naming strategy also follows the principle that the higher the number the more powerful it is - a D5 engine has more power that a D3.

As an example, the award-winning Volvo XC60 range has been enhanced with the addition of the new two-litre diesel 163 PS front-wheel-drive powerplant. The new D3 engine replaces the 2.4D FWD 175 PS variant and will become the new DRIVe engine emitting only 154g/km of CO2 emissions and 47.9 mpg.

The new frugal D3 DRIVe will also appeal to fleet managers, not only because CO2 emissions fall below the all-important 160g/km Writing Down Allowance, but it's also the first time the Volvo XC60 is available with a 2.0D engine. With the DRIVe model fitting in neatly below the crucial 160g/km tax band at 154g/km, its Benefit-in-Kind credentials are strong with a 20 per cent tax payer paying £98 per month and 40 per cent tax payer paying £195 for the Volvo XC60 D3 DRIVe ES. The new D3 engine is also available with automatic transmission, however, as this variant delivers slightly higher CO2 levels it will not be badged DRIVe.