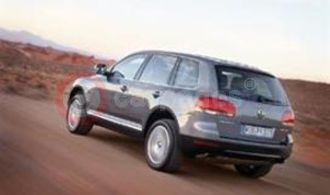 Wolfsburg: After having received numerous awards from the automobile experts, the off-roader is collecting more and more international awards. The most recent prizes come from Australia and Portugal. After winning the “SUV of Texas” award from a Texan expert jury in the autumn of last year, the popular off-road vehicle was also able to convince the Australian experts.

"Overlander" the best known Australian off-road magazine presented the Touareg with the “2003 Overlander 4WD Of The Year Award”. The Volkswagen SUV prevailed against 23 other competitors in many tough (jungle) tests in the Australian Bush. According to the jury, "every manufacturer of off-road vehicles should dismantle a Touareg and find out how it works, so to be sure that some good lessons can be learnt from it."

In the Off-Road category the Touareg was chosen for the car of the year by a jury of 23 journalists from leading automotive and economic publications, newspapers and magazines, as well as TV and radio stations in Portugal.

In Germany the R5 TDI has become a real big seller. Around 70 per cent of all buyers opt for the economic five-cylinder engine. With 79 per cent a navigation system is at the top of the popularity scale for optional equipment. It is followed by leather upholstery with 68 per cent and Climatronic with 63 per cent. As for colour, black magic pearl effect leads with 40 per cent ahead of reflex silver metallic with twelve and off-road grey with eleven per cent.