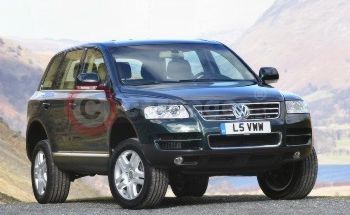 Volkswagen’s advanced 5.0-litre V10 TDI diesel has beaten off stiff competition in the prestigious International Engine of the Year Awards 2004. The pioneering ten-cylinder powerplant was voted winner for the second consecutive year in the above 4.0-litre category, and finished in second place overall, at an awards ceremony held in Stuttgart yesterday.

The International Engine of the Year Awards is highly significant in the engine world. Featuring a panel of 56 motoring journalists from 24 countries, the nominated engines are awarded points according to their efficiency, environmental credentials, refinement and on-the-road performance.

4.4-litre V8 petrol engine, which came in second place in the class, by 70 points.

In summing up, they commented: ‘Ironically, the key to the V10’s success is its most un-diesel-like sprinting performance. It boasts a healthy 313 PS and a monster 750 Nm of torque at only 2,000 rpm, enough to spear the heavyweight Touareg from zero to 62 mph in just 7.8 seconds.’

With ten-cylinders in a vee – a format more typically associated with motorsport – Volkswagen’s 5.0-litre TDI is a unique diesel engine. It uses the same ‘Pumpe Düse’ unit injector system as the majority of Volkswagen’s other TDI engines, which is capable of producing much higher injection pressures than other diesel injection systems – up to 2,050 bar compared with 1,650 bar from the latest common rail engines. In the Touareg, it enables a top speed of 140 mph, along with EU combined fuel economy of 23.2 mpg.