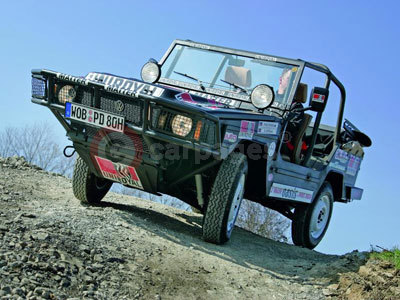 Asked to name a Volkswagen model that sells in excess of 425,000 units a year and most people would choose the Volkswagen Golf. Of course they'd be right. But if they guessed ketchup? They'd still be spot on.

It is also using the occasion to commemorate another 40-year-old success story and launch Volkswagen Classic Ketchup, of which just 1,000 bottles will be available. Volkswagen Spiced Ketchup was born back in the 1970s, the ideal complement to Volkswagen's world-famous curry sausage. It has a thicker consistency than standard ketchup and a unique flavour, the recipe for which is, like that of the curry sausage itself, as closely guarded a secret as any classified automotive R&D project.

Apart from the Ketchup, other highlights of the Techno Classica 2010 include:

Later this month, on 25th April 2010, the Volkswagen AutoMuseum will be a quarter of a century old. To mark the occasion, the museum will be hosting a special exhibition named '25 years of the Volkswagen AutoMuseum - from 25th April 1985 to 25 April 2010'. This exhibition covers the evolution of Volkswagen cars and features a number of classic and significant vehicles from the years 1985 and 2010. The exhibition will be open to the public from 23rd April to 19th September 2010.