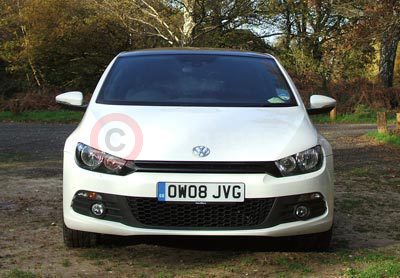 Some of you may remember the original Volkswagen Scirocco and have fond memories of the epithets, some of them unprintable here, which aptly described the sports coupe’s performance.

Well, it was 34 years ago that the Scirocco made its debut at the Geneva Motor Show. It also marked the beginning of a new design phase for VW and gave rise to the original Golf. In between, the Corrado was introduced in 1989 and eventually took over when production of the Scirocco ceased in 1993.

Apart from a few hardy examples the Scirocco has all but disappeared from our roads and we’ve had to wait a good long while for the third generation, but it was worth it. The new car is not just a regurgitated name - the new Scirocco takes all the elements that made the original so much fun and brings it right up to date. So much so that the company proclaims that it is “the most dynamic and technically advanced production coupe Volkswagen has ever built” Even though there was a Polo Coupe and we now have the Eos, VW is not noted for making coupes, W12 Coupe, “Project D1” aside, but I’m not going to disagree.

Using the original, successful blueprint of two doors, four seats and a front engine driving the front wheels, the new car has it all and, like its predecessor, sets the trend for future VW vehicles. The main element is that the VW roundel has moved from the front grille of the chiseled nose, to the broad bonnet. Overall, the Scirocco is wider and longer than the Golf GTi but has a lower roof height by 10cm, which is shown off to good effect by the shape of the windows.

At the front, the wide bonnet is fronted by mean-looking headlight clusters and twin narrow grilles. Narrow is an ongoing theme as demonstrated by the windows that flick up towards the rear end emphasised by the high shoulder-line and the roof that slopes gently at the back, ending in a spoiler. It makes the car look long and purposeful however, it is the rear end that is distinctive and attracts most attention.