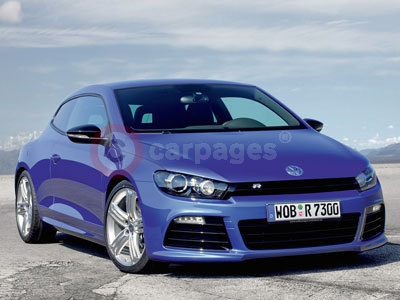 As the Volkswagen squad prepares to take to the grid this Saturday for the Nurburgring 24hrs, a new road car model will hit the track to give spectators the first glimpse of the new Volkswagen Scirocco R.

Designed, engineered and developed by Volkswagen Individual, the new car is not only the most powerful and fastest accelerating Scirocco ever produced but also the most focused R model yet. At its heart is a 2.0-litre, four-cylinder EA113 engine (as opposed to the EA888 fitted to the conventional Volkswagen Scirocco) in heavily revised form. The block has been reinforced with an entirely new alloy head, uprated pistons, conrods and high pressure injectors. An uprated turbocharger generating 1.2 bar of boost is joined by a new intercooler to cope with the extra heat generated. The result is 265 PS and 258 lbs ft of torque - a rise of 65 PS and 51 lbs ft over the Volkswagen Scirocco's current 2.0-litre TSI engine.

Drive is channelled through the front wheels via a six-speed manual or DSG gearbox. Ensuring greater grip in all conditions, especially on tight corners, is XDS (first seen on the new Volkswagen Golf GTI) an electronic cross-axle traction control system. As with the rest of the Volkswagen Scirocco range, the Volkswagen Scirocco R is fitted with Adaptive Chassis Control (ACC). This allows the driver to select from normal, comfort or sport modes to define the desired suspension, steering and accelerator response settings for the conditions and journey. The braking system has also been uprated with larger discs and callipers, the latter finished in gloss black.

The mechanical changes to the Volkswagen Scirocco R are joined by a purposeful new look. The new front bumper, featuring a set of LED running lights, is dominated by a trio of deep airdams while the Xenon lights, fitted as standard, frame a new gloss black grille element set into which is a single 'R' badge. Further back, the mirrors are capped in gloss black while the rubbing strips which run down either side of the standard Scirocco have been removed to be replaced by a set of body-coloured side skirts.

The rear of the Volkswagen Scirocco R features smoked rear light lenses and a new, rear spoiler along with a prominent diffuser finished in gloss black mounted between a pair of new oval tailpipes. The Scirocco badge and engine designation are both deleted in favour of the Volkswagen badge and a single 'R' logo. Completing the changes are a set of 18-inch five-spoke wheels with 19-inch versions available as an option.

The uprated look continues inside the Volkswagen Scirocco R. The main contact points are new sports seats complete with 'R' logos are joined by a gloss black finish on the centre console, vents and door cards replacing the silver highlights found on the standard car. A new three-spoke, flat-bottomed steering wheel finished in black leather with contrasting white stitching sits in front of new white backlit dials complete with blue needles unique to the 'R' models. As standard the Volkswagen Scirocco R will be fitted with a touchscreen CD stereo, 2Zone climate control, six airbags and Electronic Stabilisation Programme.

Sales of the Volkswagen Scirocco R in the UK are set to start towards the end of 2009. Prices will be announced closer to this time.