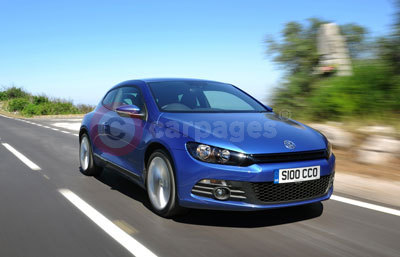 Against tough competition the new Scirocco was commended for its mix of style, dynamic ability and value.

Commenting on the win, Chris Craft, Director of Volkswagen UK said: ‘This is a tremendous honour and a particularly special one, being the first award the new Scirocco has won since its launch in September.’

Now in its 11th year the Scottish Car of the Year awards are judged by a panel of journalists from the Association of Scottish Motoring Writers (ASMW).  To be eligible the vehicles, launched within the last 12 months, have to be driven on Scottish roads by the judges.  The result was a clear victory for the new Volkswagen Scirocco.

Equipped with a powerful and efficient 2.0-litre TSI engine developing 200 PS, the new Scirocco follows on from where the iconic original left off when production ceased in 1993.

Recently the coupé range has expanded to include a 1.4-litre TSI 160 PS engine and, for the first time in a Scirocco, a diesel engine in the form of the advanced 2.0-litre TDI 140 PS common rail unit.

Despite this being the most advanced coupé Volkswagen has ever produced, with adaptive damping control, six airbags and Electronic Stabilisation Programme (ESP) fitted as standard, the new Volkswagen Scirocco remains true to the original, representing strong value for money.  With the arrival of the 1.4-litre TSI model the starting price for the coupé falls to £18,790 with the entry-level diesel model starting from £19,915 on-the-road RRP.