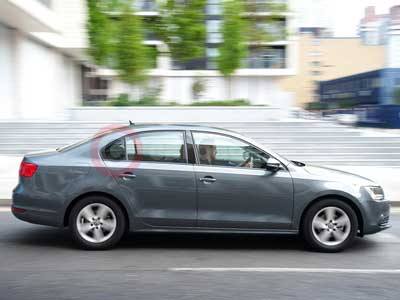 Volkswagen has announced that between January and August 2011, 3.34 million vehicles were delivered to customers, a rise of 12.1 per cent compared to August 2010.

During August 2011, 389,500 vehicles were delivered, 9.5 per cent over August 2010's 335,800. "The Volkswagen Passenger Cars brand continues to make good progress. We delivered well over three million vehicles in the period to August for the first time. We are nevertheless keeping a very close eye on developments on the world's automotive markets," said Christian Klingler, Board Member for Sales and Marketing for the Volkswagen Group and the Volkswagen Passenger Cars brand.

In the Asia/Pacific region, Volkswagen delivered 1.26 million vehicles between January and August, 1.13 million of which were handed over to customers in China, the largest single market. In North America, 320,700 units were delivered, a rise of 21.6 per cent from 2010 between January and August. The most successful vehicle was the Volkswagen Jetta. In South America, 511,800 vehicles were delivered, an increase of 6.7 per cent compared to 2010's 479,800.