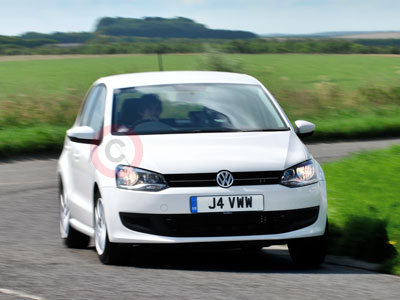 Despite being placed in a highly competitive category, the new Volkswagen Polo emerged as the clear winner after being tested on Scottish roads by a panel of judges.

In presenting the award, the new Volkswagen Polo was praised by the Scottish judges who said: "The Polo's mix of quality and competitive pricing plus a wide range of trim and engine options ensured its place on pole position. If only everything in life was as reliable as our 2009 champion."

The award, which was presented at a ceremony held in St. Andrews, represents the first UK accolade for the new car.

Since the new Volkswagen Polo went on sale in October over 8,000 orders have been taken, an incredible 86 per cent above the projected volume. This interest is expected to be sustained in the New Year with the introduction of the new Polo BlueMotion model which can return 83 mpg on the combined cycle while emitting just 90 g/km of CO2, making it one of the most efficient cars on the market.

Chris Craft, Director of Volkswagen UK, commented:" To win this award is a tremendous honour. The Scottish market is incredibly important to us and the Polo accounts for nearly a third of all Volkswagens sold in Scotland. We're looking forward to even greater success in 2010."

The Volkswagen Polo was originally launched in 1975, and the new car is the fifth generation of the model. In the intervening years over 10.6 million examples of the Volkswagen Polo have been sold, 1,060,000 of which have found homes in the UK.