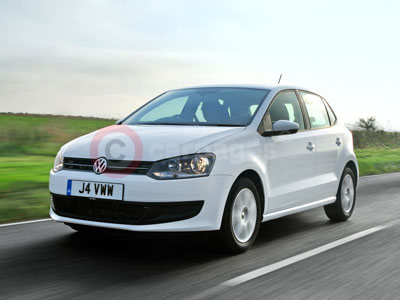 The Car of the Year jury has chosen the Volkswagen Polo as number 1; this is the crowning achievement of an extraordinary year for the new Volkswagen Polo.

"The new Polo stands for German engineering craftsmanship and superior cutting edge technology. The fifth generation Polo was designed to address customer expectations with even greater uncompromising standards. That is why we are naturally very pleased to see our efforts validated in the form of this award," says Professor Martin Winterkorn, Chairman of the Board of Management, Volkswagen Group.

Selection as Car of the Year is one of the oldest and most esteemed awards in Europe. The best of all new car introductions have been awarded annually since 1964. The last time a Volkswagen won was in 1992: Back then the new third generation Volkswagen Golf emerged victoriously over the Vauxhall Astra and Citroen ZX. In today's competition, 59 jurors from 23 European countries cast their votes. The new Volkswagen Polo won with 347 points, outpacing the Toyota IQ.

Hakan Matson, president of the jury, had this to say at the award ceremony in Madrid: "It was the Polo's comprehensive safety equipment and its advanced range of engines that impressed us the most. On the Polo BlueMotion Volkswagen was also able to add a very fuel-efficient yet affordable car to its car programme."

The Volkswagen Polo's selection as Car of the Year 2010 is the crowning achievement of an extraordinary year for the new Volkswagen Polo after already being named Best Car 2009 by 'auto motor sport' magazine and winning the Grune ('Green') and the Goldene Lenkrad ('Golden Steering Wheel') awards by publisher Springer Verlag - as well as the Auto Trophy by 'Autozeitung' just a few days ago.

Not only was the award jury impressed by the new Volkswagen Polo. Since its market launch in May 2009, Volkswagen has received over 130,000 orders for the new benchmark car of the compact class. The Volkswagen Polo is available as a dynamic 3-door and comfortable 5-door in Germany. As the Volkswagen Polo BlueMotion, just 3.3 litre fuel consumption makes it the most fuel-efficient and environmentally friendly five-seater in the world.