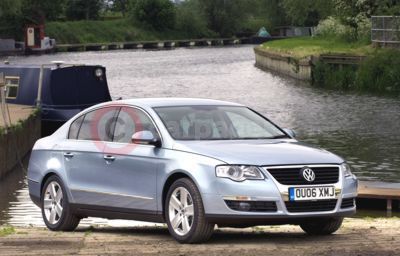 Volkswagen has scooped the prestigious Fleet News Fleet Manufacturer of the Year award for a record fifth time. The new Passat and Transporter van also claimed a number of top trophies at the Fleet News Awards 2006 ceremony.

In presenting the manufacturer’s award, the judges said: ‘Having relinquished the crown of Fleet Manufacturer of the Year following three straight wins, Head of Fleet Services Vince Kinner vowed Volkswagen would come roaring back for the 2006 awards. Kinner was true to his word. Volkswagen polled nearly a third more votes from the readers of Fleet News … than the second-placed Vauxhall.’

The judges praised the company’s Passat launch, a strong model line-up, as well as a number of innovations including its Fundamentally Fleet programme which is designed to drive up retailer standards and hence improve fleet customer service.

The new Passat won the Upper Medium and Company Car of the Year Awards. Fleet News said: ‘Volkswagen’s brilliant new Passat has proved that the family saloon is alive and kicking. .. the new Passat oozes class and sophistication. It is well built, looks solid and comes well-specced, even in the entry-level S model. And Volkswagen has bucked its reputation for expensive launch models with a full range that starts at a price point below many of its competitors, illustrating its commitment to get the new car on to as many fleet choice lists as possible. Add in a strong Retailer network, low servicing costs and strong predicted residual values, it’s easy to see why the Passat made it to the top.’

Similar reasons were cited by Fleet News readers for naming the Passat the fleet managers’ choice. Voting was neck and neck for a while with the BMW 3-Series, but in the end, the Passat pulled away by a clear distance.

In the Light Commercial Vehicle category, Volkswagen also had success, with the Transporter winning the 2.2-2.8 tonnes van award. In this sector, a wide range of operational issues were compared by the judges, which included running costs, driver comfort, safety and the range on offer to fleet operators. The Transporter fought off stiff competition from the Vauxhall Vivaro and Mercedes-Benz Vito. The judges said: ‘The Volkswagen Transporter came out on top in the end. With its legendary reliability and resultant improving residual values, the Transporter is making a lot of new fleet friends at present.’

The manufacturer’s trophy was presented to Volkswagen’s Head of Fleet Services, Vince Kinner, at a ceremony in London. Kinner said: ‘We vowed we would regain our title and we’ve achieved it. As for next year, all I can say is that we’ll be trying harder still to keep our customers happy and doing everything we can to give them the service that they need and deserve.’