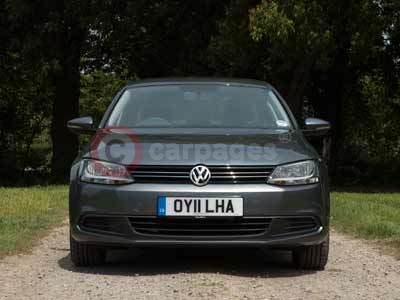 For the European market, the Volkswagen Jetta comes with multi-link rear suspension, electro-mechanical steering and an engine line-up which features TSI and TDI common rail diesel engines, mated to either a manual or Direct Shift Gearbox (DSG). Three trim levels are available: S, SE and Sport.

Volkswagen's Direct Shift Gearbox combines the best bits of both the manual and automatic gearboxes. It features dual clutches, one controls the "odd" gears (and reverse) and the second controls the "even" gears. The result of a dual-clutch system means there is no drop in power between gear changes, as the next gear is already selected, but not yet engaged. This is supported by a Tiptronic function, which allows for manual selection by either nudging the gear lever forward or backwards or by using steering-wheel mounted paddles.

It was first launched in 2005, and provides the driver with the ease of an automatic gearbox with the responsiveness and economy of a manual unit. In the Jetta it is available in combination with the 2.0-litre TDI 140 PS diesel engine.

There are clear similarities between the Volkswagen Jetta's exterior and its big brother, the Volkswagen Passat. In a sweeping statement: it looks like a Passat that has been through a hot wash. That's no bad thing; from the front, the car looks sleek with just a hint of sculpture presenting a mean look with a v-shaped bonnet giving the car a wide and low look. The side profile's 'tornado' line travels the length of the car and suggests dynamism.

The Volkswagen Jetta on test is the SE 1.6 litre 105PS, with a five speed manual gearbox.

The entry-level diesel engine - as found in the test car - is mated to a five speed manual gearbox and has official fuel consumption figures of 54.3mpg - urban, 78.5 - extra urban and 67.3 - combined, with CO2 emissions of 109g/km. From standing, 62mph is reached in 11.7 seconds and carries the car on to a top speed of 118mph.

We were impressed with the smooth acceleration of the engine; there is plenty of power available throughout the rev range. Taking on arduous hills and overtaking poses no problem for the flexible engine.

During our time with the car, we were achieving between 37.5 and 38.2mpg - this is not the fairest of tests as it was a brand new engine, which hadn't been run in, so over time this would improve.