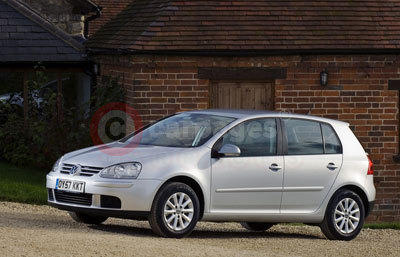 The latest evolution of Volkswagen’s pioneering DSG twin-clutch gearbox, now featuring seven gears, greater efficiency and a more compact design is set to make its debut in the new year.

The new transversely mounted seven-speed DSG gearbox is revolutionary.  It distances itself from the existing six-speed DSG gearbox, which uses a pair of clutches immersed in oil, by adopting a pair of dry clutches.  This not only saves considerable weight and improves the efficiency of the system but also makes the new gearbox more compact.

Available in addition to, rather than replacing, the existing DSG gearbox the new seven-speed DSG system is designed to operate under moderate power and torque loadings.  From launch the new gearbox will be available linked to the new 1.4-litre TSI 122 PS engine.

In the Golf hatchback, compared with the six-speed manual version, the new seven-speed DSG brings a 10 g/km CO2 saving (down from 149 g/km in the manual to 139) and a fuel economy improvement of over 3 mpg (combined 44.8 mpg for manual and 47.9 for seven-speed DSG).  It is also possible to combine this gearbox with the 1.9-litre TDI diesel unit with Diesel Particulate Filter.

With the addition of an extra ratio the new gearbox allows the seven-speed DSG system to deliver the seemingly contradictory virtues of greater performance combined with greater economy.  The lower gears are more closely spaced, meaning in-gear acceleration is improved to aid overtaking manoeuvres, while the higher gears are lengthened to reduce loading on the engine and maximise economy.

As with the six-speed DSG gearbox, of which over a million have been produced since launch, the new seven-speed system features a hill-hold function to aid starts when the vehicle is on an incline.

The new seven-speed gearbox will make its debut in the UK in February and is now open for ordering at any Volkswagen Retailer.  Prices will start at £15,982 when applied to the Golf S 1.4-litre TSI 122 PS.