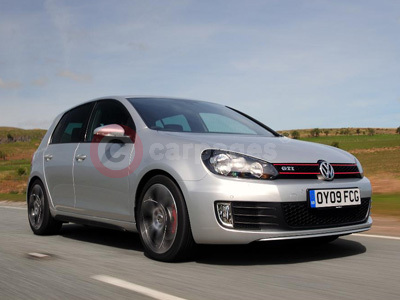 The Volkswagen Golf has again been recognised as the best in its class with a pair of wins in hotly contested categories at the annual Auto Express New Car Awards.

Judged by the editorial team at Auto Express, the awards recognise the best cars on sale today. Both new and existing models are eligible with the best vehicles in every class being selected for an award.

For the second year in a row, the Volkswagen Golf has been awarded the title of 'Best Compact Family Car' by the judges.

The Volkswagen Golf, now in its sixth generation, has accounted for over 27 million sales worldwide since it was launched in 1974 making it the most popular model Volkswagen has ever produced, surpassing the 21 million sales achieved by the original Volkswagen Beetle.

The second award of the night was won by another icon. Despite 33 years having passed since the Volkswagen Golf GTI was launched, the car that defines the hot hatch remains the benchmark in its class.

The Volkswagen Golf GTI retained the 'Best Hot Hatch' award despite fierce competition from new models. David Johns said: "There are rivals that are faster and more eye-catching, but few can match the Golf's all-round ability and appeal.

"Its smooth 2.0-litre engine delivers perfectly judged performance, while its composed chassis mixes comfort and composure in equal measure. Plus, it comes in three and five-door bodystyles, and with manual and twin-clutch DSG transmissions."

Chris Craft, Director of Volkswagen UK, said: "We're proud to have retained two such prestigious awards; a huge amount of work both in Germany and here in the UK goes into ensuring we offer the best possible mix of affordability, quality, safety and comfort. Since the last Auto Express awards we've added the Match model to the Golf range which brings new levels of standard equipment and technology to the line-up to ensure that it continues to represent incredible value for money in what is a hugely competitive marketplace."

The Auto Express award adds to the list of accolades claimed by the Golf in the past year from such prestigious titles as What Car?, Top Gear, Fleet News, Diesel Car and BusinessCar.