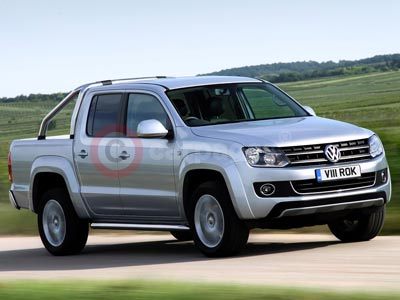 Volkswagen Commercial Vehicles is proud to announce a return to the CV Show with an exciting line-up of its latest vans and people carriers, including the first UK example of the double-cab Volkswagen Amarok pick-up.

The hotly anticipated four-door, four-wheel drive Volkswagen Amarok will headline the Volkswagen stand in Hall 5, at Birmingham's NEC from 12th - 14th April 2011, and will be supported by a line-up of nine other models. This display will showcase each of the competitive and surprisingly affordable models in the Volkswagen Commercial Vehicles panel van and passenger carrying ranges.

In addition to these models, and continuing a life in the spotlight which has spanned 60 years, will be a model from Volkswagen's heritage collection in the shape of a fully restored 1954 split-screen 'barn-door' Volkswagen Transporter - a model that has become a legend of great design and durability.

On returning to the CV Show and the Volkswagen Amarok premiere, Simon Elliott commented: "Volkswagen Commercial Vehicles is proud to be back at this year's CV Show, which is a very important date in the commercial vehicle calendar. We are extremely excited to finally introduce the Amarok to the UK buyers, showcase the diversity, versatility and competitiveness of our vans and people carriers, and I also cannot wait to see my new Caddy Racer for the first time!"

Volkswagen Amarok Images may not be UK specification cars. Colours and exterior and/or interior elements may differ from actual models.