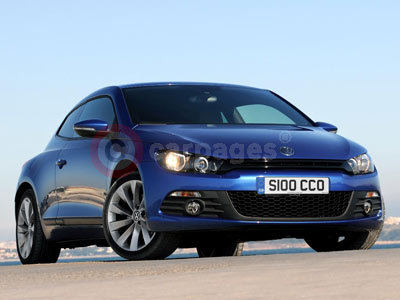 The cleanest and most fuel efficient versions of the Volkswagen Scirocco and Volkswagen Passat CC yet produced have been unveiled in the form of BlueMotion Technology models.

As with all of Volkswagen's BlueMotion Technology vehicles, the new Volkswagen Scirocco and Volkswagen Passat CC variants combine efficiency with comfort and refinement to create cars that deliver greater economy and fewer emissions, yet which remain conventional to drive, service and maintain.

All entry-level Volkswagen Scirocco and GT trim models with the 2.0-litre 140 PS engine now feature BlueMotion Technology modifications including Stop/Start and battery regeneration systems to help to create the cleanest and most fuel efficient Volkswagen Scirocco to date. The models, available with a six-speed manual or optional six-speed DSG gearbox, offer savings through increased fuel economy, improved from 55.4 mpg to 62.8 mpg on the combined cycle (51.4 to 57.6 DSG), and lower emissions, down from 134 g/km to 118 g/km (145 to 129 DSG) to allow all BlueMotion Technology Volkswagen Sciroccos to drop two tax brackets over previous models.

The Volkswagen Passat CC line-up has also been updated and sees BlueMotion Technology models join the range in place of existing diesel versions. As with the Scirocco range, the new additions to the Passat CC range have been modified to optimise efficiency and economy, with regenerative braking and Start/Stop systems fitted to the four-door coupe for the first time.