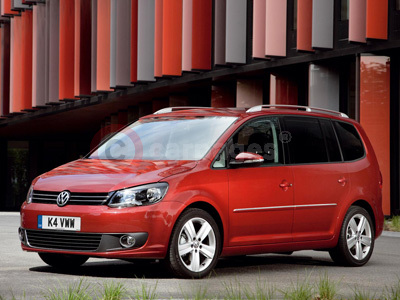 Volkswagen is set to launch a heroic new campaign to introduce the new Volkswagen Touran and Volkswagen Sharan MPVs into the UK.

Based around the concept that modern parents are everyday heroes, capable of juggling work and the demands of family life while retaining the ability to cobble together a scale model of HMS Invincible from nothing but a lump of plasticine and a fork, the campaign introduces a suitably heroic pair of seven-seat vehicles in the shape of the new Volkswagen Touran and Volkswagen Sharan which are designed to meet their needs.

From 23rd August 2010, visitors to the Ultimate Family Hero website will have the opportunity to upload an image and have it turned, through the power of the 'heroiser', into the superhero of their choice before creating their own comic book cover.

Once complete, visitors have the option of sharing with their friends via Facebook or entering the finished comic book cover into a competition to win either a new Volkswagen Touran or Volkswagen Sharan. They can either nominate themselves or another family member by writing a brief explanation of why they deserve the title of 'superhero' and the chance to win a new car.

All nominations will be displayed in the online 'Superheroes Gallery' and three finalists will be chosen. These finalists will then be tasked with a series of challenging 'missions' - for example the ultimate school run or ultimate family day out - in the new Volkswagen Touran or Volkswagen Sharan. On 11th October 2010, footage of these missions will be posted onto the website and the public will be able to vote for their favourite 'Superhero' family.

In addition to winning a new Volkswagen Touran or Volkswagen Sharan the family will receive a prize of £5,000 to donate to a local community charity, project or group, while each of the two runners-up will also receive £2,500 to donate.

As well as running online, the campaign will also be hitting the road from 21st August 2010 with a series of displays at shopping centres around the UK. These include Meadowhall in Sheffield, Cabot Circus in Bristol, Highcross in Leicester, the Trafford Centre in Manchester and the Bullring in Birmingham. The live exhibitions will allow shoppers to make their own heroes while also experiencing the versatility of the new Volkswagen Touran and Volkswagen Sharan.