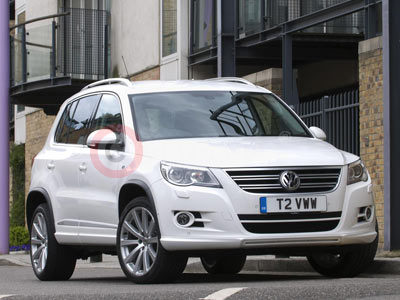 Volkswagen has won a raft of category awards as well as the overall accolade for the best car manufacturer at the British Insurance Vehicle Security Awards (BIVSA), presented today by Thatcham, the Motor Industry Repair Research Centre, in Berkshire.

The new Volkswagen Polo SEL claimed the City Car/Supermini category; the Volkswagen Tiguan compact 4x4 triumphed in the new Crossover class; the Volkswagen Phaeton once again took the title of best Luxury Car; while the new Volkswagen Caravelle which went on sale in the UK in January 2010 was awarded the trophy for best Large MPV. Due to this comprehensive coverage and the volume of cars sold by the Volkswagen brand, the company was also crowned overall Manufacturer of the year in the car section.

The British Insurance Vehicle Security Awards are hosted by Thatcham and supported by the Home Office, the DfT, What Car? and the AA. This is the seventh time the BIVSA awards have been held, but the first time Volkswagen has won the overall accolade. Volvo and Audi are the only other manufacturers to have won before. Since their launch in 2004 these highly regarded awards have recognised all that's best in vehicle security, on the newest cars and vans on the market, applauding the work of vehicle manufacturers and raising consumer awareness.

Vehicles were judged on a number of criteria identified by the creators of the New Vehicle Security Ratings (NVSR) scheme. Those that had a maximum five stars for 'theft from', had double locking, and an 'E' insurance suffix (indicating they had a feature that exceeds the required standard) were shortlisted for final evaluation and ranking.

Andrew Miller, Director of Research at Thatcham, commented: "Thatcham has played a key role in the fight against vehicle crime since 1992 and we welcome the opportunity to reward and encourage vehicle manufacturers who are really at the top of their game when it comes to improving the security of their vehicles."

Vehicle Security Manager at Thatcham, Mike Briggs, added: "It's great to see Volkswagen as a new winner of the overall manufacturer award. This success clearly demonstrates how vehicle manufacturers are continuing to raise their game to reduce the risk of vehicle crime to insurers and the motoring public."

Rod McLeod, Head of Marketing for Volkswagen said: "It's a tremendous achievement for the Volkswagen range to be ranked as the best on the market here and one of which we're very proud. To win the overall award is proof that security and safety features should not be the reserve of an elite few. Increasingly we aim to extend the technology available on our flagship cars such as the Phaeton right down to the volume models such as the new Polo."