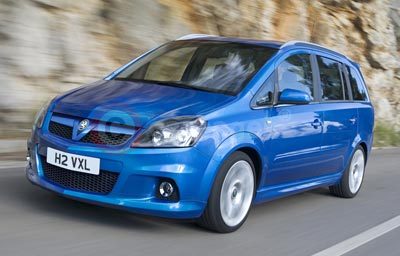 Like most design classics, once we've been wowed by their style and innovation, it's all too easy to forget why we loved them in the first place. Ten years ago, we were blown away by the first generation Vauxhall Zafira's clever Flex7 seating, allowing it to be transformed from a capacious load-lugger to seven-seater people carrier in a matter of seconds.

Today, the Vauxhall Zafira's clever design features endure in its current second generation model, and have led it to dominate the compact MPV sector, in which it has almost one third of all sales, as well as an ongoing place in the SMMT's Top Ten Bestsellers' list.

But now the Vauxhall Zafira is playing the numbers game better than ever. With Vauxhall's 'You Pay, We Pay' cashback offer applying to all models, buyers not only benefit from zero per cent interest from two to four years (with no deposit to pay on the two year package), but also drive away in a new Vauxhall Zafira with a cheque for up to £1205 in their back pockets. Which, in these straightened times, is not to be sniffed at.

And with 385,449 sales since its original launch, and two generations of development under its belt, the Vauxhall Zafira not only represents one of the best deals on the road for cash-savvy buyers, but also the kind of driving dynamics that you would never expect from a car offering such high levels of versatility.

Vauxhall Zafira prices start at just £13,995 for the 1.6i 16v Expression and include eight trim levels, and seven engine options - there's even a 240PS VXR model. All Vauxhall Zafiras have a 5-star Euro NCAP adult occupant rating, six full-size airbags, an Anti-lock Braking System (ABS) and a radio/CD player.