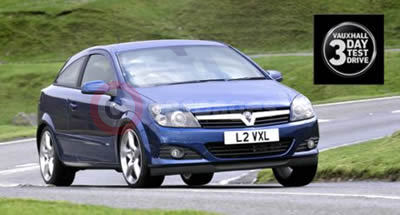 Thanks to stylish design, excellent dynamics and an innovative test drive initiative, Vauxhall has stormed to the top of the UK sales charts, toppling its nearest rival. With a total of 26,723 car sales in April, the Luton-based manufacturer won 14.9 per cent of the total market share, compared to Ford’s 13.8 per cent.

The news comes as Vauxhall celebrates a 19.3 per cent increase in sales compared to this time last year, despite new car sales in general dropping by four per cent over the same period.

Highlights of Vauxhall’s performance include the ever-popular Corsa maintaining its position as Britain’s favourite supermini with 7,643 examples finding new homes in April, and 8,303 New Astras hitting the road - 594 more than Ford’s new Focus. Vectra and Zafira were both the second best sellers in their respective segments.

Vauxhall remains top of the booming fleet market, which is up 10.1 per cent compared to April 2004, with its cars accounting for 21.9 per cent of the total share. But even more significant is the company’s growth in the struggling retail sector - with general car sales to private buyers down 14.8 per cent year on year, Vauxhall saw its sales increase by 8.8 per cent, giving a retail market share growth year-to-date of almost one percentage point.

Much of that success can be attributed to Vauxhall’s Million Mile Test Drive programme - an innovative scheme that allows potential buyers to take a three-day test drive in the Vauxhall car of their choice.

After the first full month of the programme, Vauxhall dealers completed 17,395 test drives - an increase of 23 per cent over the same period last year.

Bill Parfitt, executive director of sales, marketing and aftersales, said: "The popularity of the Million Mile Test Drive and the growth in retail sales shows that this initiative has been very successful. We’re very proud of what Vauxhall has achieved, and to be the best-selling car brand in the UK for April is very good news indeed."

But it’s not just Vauxhall cars that are continuing to sell well - commercial vehicle sales are also on the up. 4,602 Griffin-badged vans were sold last month, making Vauxhall the second biggest seller with a sales increase of 31.9 per cent compared to April 2004. The award-winning Combo remains Britain’s best-selling small van; with 1,974 Combos registered in April, it outsold its closest rival by a massive margin of 942 vans.