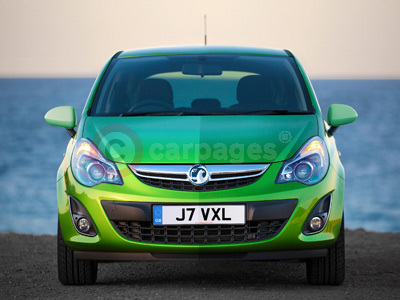 Vauxhall has yet again wowed the car buyers of Scotland by becoming their favourite car manufacturer for the fifth year in a row, with total sales last year of 26,901 in the region, nearly 7,000 units more than its closest rival.

Not only did the manufacturer's overall sales performance stand out, with recently launched cars like the new Vauxhall Astra and Vauxhall Meriva contributing heavily to its success, but the Vauxhall Corsa was also Scotland's most popular car, selling a total of 10,660 units last year. This is the fourth consecutive year that the Vauxhall Corsa has taken the car sales crown in Scotland. The Vauxhall Astra was the second best-selling model, posting 8,384 sales.

"2010 has been yet another landmark year for us in Scotland," said Duncan Aldred, Vauxhall's Managing Director. "We really appreciate the high level of customer loyalty north of the border, backed up by a first-class dealer network. Vauxhall is going from strength to strength at the moment and we're looking forward to revealing a raft of new, exciting models during 2011, including the new-look Corsa, coming next month."

Vauxhall's bumper year in Scotland was matched by a buoyant performance across the UK. The launch of the new Vauxhall Astra at the start of 2010 led to the range becoming the best-selling retail car overall, while both the Vauxhall Insignia and Vauxhall Zafira led their respective segments. The Vauxhall Insignia was also the most popular fleet purchase in the mid-size sector.

Scottish buyers have also been able to take advantage of Vauxhall's unique Lifetime Warranty since August 2010, a scheme that has now been rolled for second owners of Vauxhalls across Network Q retailers. For first owners of new Vauxhalls, the warranty can last the lifetime of the car, until it reaches 100,000 miles, but with no time limit. Last month, Vauxhall announced that Lifetime Warranty would also be offered free of charge to second owners who buy a Vauxhall car that is less than 12 months old and had covered under 30,000 miles through any Network Q dealer.

Among the Vauxhalls Scottish buyers can expect to see in 2011 are the new-look Vauxhall Corsa, the storming, V8-powered Vauxhall VXR8 super-saloon, a new Vauxhall Zafira and more than a hint that a new 3-door Vauxhall Astra is waiting in the wings. The Vauxhall Ampera Extended-Range Electric Vehicle will launch in Europe later this year and be available in the UK in around 13 months' time.