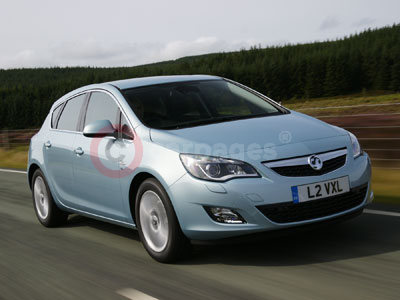 Following a year-on-year retail sales increase of 128 per cent in November 2009, Vauxhall has yet again proved its appeal to user-chooser buyers by posting December retail sales up 54 per cent over the same month in 2008.

This brings to a close what has been an outstanding last quarter for Vauxhall, with a total of 18,884 retail sales recorded, a 53 per cent increase over the same period in the previous year.

"A major contributor to this success has been the new Astra," said Rory Harvey, Vauxhall's Retail Sales Director. "In December 2008 the old model was running sixth in its segment, but a year on the Mk 6 has helped us achieve third place with retail sales boosted from 493 to 1969 units - a 299 per cent improvement. We've also seen Corsa retail sales rise by 37 per cent, with 2857 units registered."

But Vauxhall's success didn't stop there. Retail sales of commercial vehicles grew by 18 per cent year on year, with 554 units registered in December 2009, contributing to a final quarter increase of 27 per cent over the same period in 2008.

"We're looking forward to building on this success in 2010," said Rory. "With new Astra coming on stream after its launch last month, followed by the new Movano joining the commercial vehicle line-up and the new Meriva in June, we hope to deliver plenty more great retail sales stories."