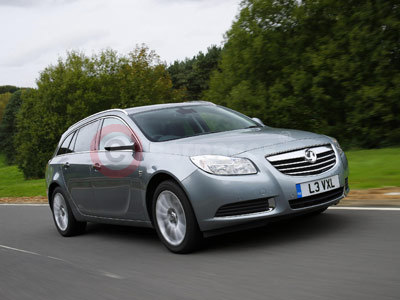 The Vauxhall Insignia led the way in the D-segment during March 2011, according to figures released by the Society of Motor Manufacturers and Traders.

The Vauxhall Insignia is one of two D-segment cars feature in the UK's top-ten sales league, it is also proving popular with fleets sales, increasing by over 147% compared to March 2010.

The SMMT's figures also show that the Vauxhall Insignia was also the best selling D-Segment car in the first quarter of 2011, with 11,904 total sales, 1,700 over its closest rival the BMW 3-Series.

Meanwhile, ahead of all new Vauxhall Zafira's release later this year, the current Zafira topped the compact MPV sector for both total and fleet sales.

Sales of Vauxhall's commercial vehicles were up over 56% year-on-year, and March 022 saw vauxhall takes its largest share ever of the retail van market at 18.36 per cent.

"We're naturally very pleased with these results," said Duncan Aldred, Vauxhall's Managing Director. "Not only are vehicles like the Insignia, Zafira, Vivaro and Movano leading the way in each of their sectors, but we're also steadily increasing our market share, year on year. Overall, we now have 12.01 per cent of all UK vehicle sales - that's nearly one per cent up year-to-date. With cars like the new Zafira Tourer, Astra GTC and Ampera all well on their way towards UK showrooms, we're confident we can build still further on this success."