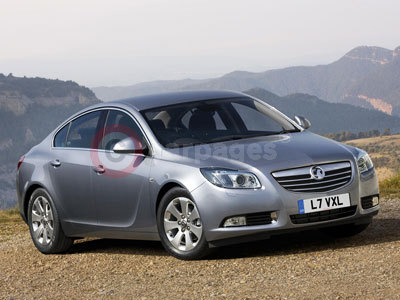 The new Vauxhall Insignia ecoFLEX, debuting at the Paris Motor Show (4th - 19th October 2008), offers environmentally friendly driving without compromise. In contrast to many other competitors, it is not a low-end model, but rather combines powerful propulsion and driving fun with highest efficiency. Vauxhall’s newest ecoFLEX model features a powerful single turbo-diesel with 2.0-litre displacement and output of 160PS.

“We designed the Insignia as a particularly efficient car from the beginning. By making a multitude of detailed improvements to the powertrain and to the road and wind resistance factors of the ecoFLEX model, our engineers are able to minimise fuel consumption without affecting driving fun,” says Hans Demant, Vice President of Global Engineering at General Motors Europe. “Though we are still developing the new Insignia ecoFLEX with the 2.0 CDTi ECOTEC engine, we are confident it will emit CO2 gases well below 140 g/km.”

Compared to competitors’ cars with similar fuel consumption, it is clear why the Vauxhall Insignia ecoFLEX watchwords are economy without compromise. The Insignia ecoFLEX sprints from zero to 62mph in 9.5 seconds and reaches a top speed of up to 135mph. Ensuring excellent pulling power even at low rpm, the maximum torque of 350Nm is available from 1750rpm, and can be temporarily increased for 15 seconds to 380Nm via an ‘overboost’ function.

The new 2.0-litre common-rail four-cylinder unit uses the innovative Clean-Tech process to ensure the lowest possible emissions are precisely maintained over its life span. This controls combustion via an electronic closed-loop system, adapting fuel injection to combustion development in real time. Piezo-resistive cylinder pressure sensors integrated in the glow plugs are used to measure combustion pressures as high as 180 bar in each individual cylinder up to one million times per minute, within an accuracy of ninety-eight per cent. The data is sent to the central engine control system, which adjusts the volume and timing of the fuel injections accordingly. This closed loop system ensures the engine always operates with optimum efficiency and minimal exhaust emissions. Over the entire lifecycle of the Insignia, it compensates for wear factors such as inaccuracies in the fuel metering, component tolerances, varying fuel qualities and operating conditions.

Other factors contributing to the low consumption and emission figures include the 10 mm lower body to reduce the car’s frontal area, and the fitting of low-resistance Primacy HP tyres from Michelin. Like all Insignia models, the new ecoFLEX variant is Euro 5 certified and will be available as a hatchback and saloon in the second half of 2009 with prices announced closer to the launch.

Thanks to their streamlined design, sporty roofline and finely-tuned details, the regular Insignia variants feature an exemplary drag factor of 0.27. The Insignia ecoFLEX undercuts this figure still further. Its drag co-efficient of CD 0.26 makes it one of the most aerodynamic production saloons in the world and in this respect, the best Vauxhall saloon ever. As such, it requires less engine power to overcome air resistance than considerably smaller cars. This is key, because when doubling speed the engine power necessary to overcome aerodynamic drag increases by a factor of eight. So if 13PS are necessary to overcome aerodynamic drag at 50mph, 107PS are needed at 100mph.

The aerodynamics experts at GME optimised the Insignia ecoFLEX in many areas using traditional methods like adding panelling under the tank in front of the rear axle, which improves drag coefficient and increases downforce. They also partially closed the radiator grille to send more head-wind around the body for better aerodynamics.

In the process, many of these modifications also benefited the Insignia’s aero-acoustics, resulting in an interior cabin that is quieter than any Vauxhall before. Engineers already focused on noise reduction during initial development, adopting a new method at this early stage: a completed 1:1 scale clay model was used for noise measurement. The new Insignia also has additional door sealing compared to past models. The side windows’ thickness was increased to 4.85 mm, further contributing to the low noise level in the interior compartment.