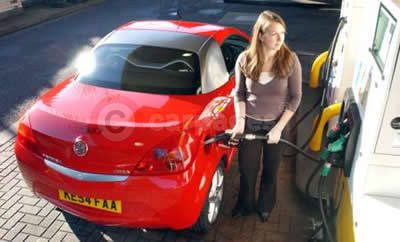 For Vauxhall, 2004 was certainly the year of the diesel. Sales of the company’s oil-burners leapt up 34.9 per cent year-on-year to 83,507, the biggest increase of any of the mainstream manufacturers. It means that more than half of some models such as the Vectra sold are now diesel powered, and increasing numbers of drivers are switching over to the new range of advanced and cost efficient engines.

What’s behind the boom in demand for Vauxhall oil burners? There’s little doubt that cost is still the major factor, with cars such as the Corsa CDTi capable of almost half the fuel consumption of some similarly-sized rivals with petrol power - that could mean thousands in savings across the average three years of ownership. Besides the cost, the increased range per tankful means that drivers of diesel cars have to spend far less time at the pumps or searching for one of the dwindling number of filling stations.

For company car drivers the cost savings are even greater. Even the most ardent petrol-head is sure to become converted once they realise that driving one of Vauxhall’s CDTI engined models will spare some of their hard-earned wages from reaching the tax man.

But it’s not just about the money. Advances in diesel engine technology have actually made some drivers prefer the seemingly effortless low-rev pulling power of a modern turbodiesel too, especially in town and on long motorway journeys.

There’s plenty more in store from Vauxhall in 2005 too. The first 1.9-litre CDTi engined Astras are starting to reach customers, in both 120PS and 150PS form. Both powerplants will also be available in the new Sport Hatch, and the top level SRi version is set to become one of the most sought-after models for company-car drivers, thanks to its hot-hatch performance, coupe looks and low tax liability rating. Another high-economy diesel Astra variant will also be announced in the spring.

Meanwhile, the Tigra CDTi is now available to order, and will reach the UK by the end of February. With an average combined fuel economy figure of 61.4mpg, it’s perfect for drivers who want head-turning drop-top style and still use less fuel than almost every other car on the road.

For those who aren’t yet ready to switch over to using the black pump at filling stations, Vauxhall can still save fuel and money, without harming driving enjoyment. The new petrol engines across the Agila, Corsa, Tigra and Astra range use Twinport valve technology making the most of every gallon. The result is that the latest Corsa 1.4 requires around 18 per cent less fuel than its 1.4-litre predecessor.

For even bigger savings, there’s always the LPG route. The newly-developed Corsa 1.2i Dualfuel produces just 119g/km of CO2, the lowest of any Vauxhall, and can squeeze around 214 miles out of £10 worth of fuel. Dualfuel versions of the Zafira and Vectra are also available, and an LPG-fuelled version of the Astra is just around the corner.

As thousands more drivers have discovered in 2004, Vauxhall’s advanced engine technology can save money and the environment while still providing all the driving excitement and style buyers demand.