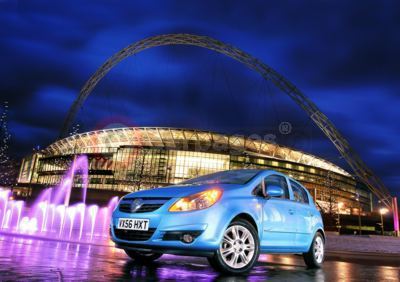 The Corsa beat 14 category winners to take the top trophy at a glittering ceremony held at the Grosvenor House Hotel on London’s Park Lane.

What Car?’s group editor, Steve Fowler, said: ‘The Corsa may be a small car, but its talents are huge. It’s spacious, refined, well built and good value. It’s also strong on safety, environmentally friendly and looks great! It had to beat some incredibly able cars to take our Best Supermini award, let alone the overall Car of the Year crown.’

Speaking at the event, Vauxhall’s managing director Bill Parfitt said: ‘We’re delighted that the new Corsa has won this prestigious award. We know we’ve got this car just right in every regard, and this is backed up by record order banks, as well as a fabulous performance in showrooms and in the press. New Corsa is the best example yet of Vauxhall's revitalisation.’

Toyota and Lexus picked up the What Car? Green Award for the second year running. The award recognises the company’s achievements in leading the development of hybrid and clean diesel engines.

‘Climate change is of increasing concern to car buyers,’ said Steve Fowler, ‘and Toyota and Lexus are doing more than anyone else to offer consumers low-CO2 vehicles. Other manufacturers have been slow out of the blocks when it comes to environmental matters - we’d like to see more low-CO2 vehicles launched as a matter of priority.’