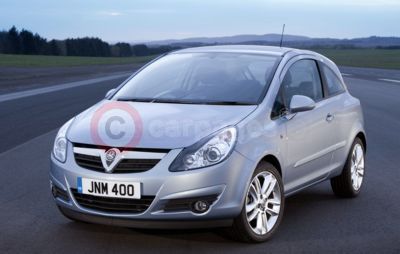 It’s fresh, it’s funky and it’s Britain’s most important new supermini in years! These are the first official shots of the all-new Vauxhall Corsa, which is set to go on sale later in 2006.

And it’s great news for Vauxhall, because not only will the newcomer add further style to the Luton-based maker’s dynamic model range, but it will also be making its debut here in Britain, at July’s British International Motor Show, to be held at the ExCel Centre in London’s Docklands.

New Corsa is slightly longer and wider than the current car, while the coupe-like roofline of the three-door gives it a dynamic, sporty stance in keeping with Vauxhall’s reputation for stylish design and driving excitement.

Chief designer, Niels Loeb, said: "This is just what we wanted the coupe-like three-door Corsa to be. Unique both inside and out, giving the owner a lasting feel-good factor. It just cries out to be driven."

Inside, New Corsa drivers will enjoy a more spacious cabin than in the existing car, with the longer wheelbase and wider track helping deliver greater leg and shoulder room. The funky interior is finished in quality, high-grade materials, including neat touches such as translucent control knobs and switches, which illuminate with the headlamps to make them easier to find when driving in the dark.

The chassis, which was designed and developed by GM’s engineers in Germany, is tuned to deliver top levels of dynamic ability and agility, with a host of active safety features including Enhanced Understeer Control (EUC). New Corsa will also be the first car in its class to have variable progressive sports power steering, which is designed to offer greater levels of feedback on the open road, but lightens up when used in congested urban areas. A lowered sports chassis with 17-inch alloy wheels will be available.

Five engines will be available initially. Petrol choices will be 1.0, 1.2 and 1.4-litres, while there will also be a common-rail diesel using GM’s award-winning 1.3-litre CDTi unit, while the flagship oil burner will be an all-new 125PS 1.7-litre CDTi.

New Corsa benefits from the best of GM’s global technology, and will be offered with innovations like Halogen Adaptive Forward Lighting (AFL), which alters the light beam according to speed and steering input, plus an innovative new infotainment system, which will include MP3 compatibility and Bluetooth phone connectivity. The user-friendly cabin will also feature options designed to allow the driver to have their own personal settings for the climate control and infotainment systems.

Prices and specifications will be announced closer to the official launch, and New Corsa will be available in showrooms from autumn.