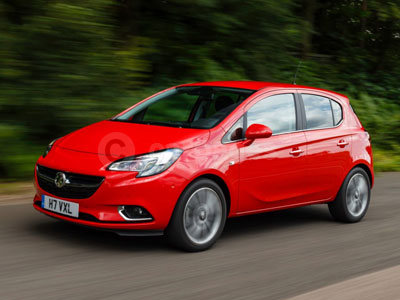 Vauxhall has released the first official photograph of the new Corsa which will go in production toward the end of 2014, with the first cars being delivered in January 2015.

The new Corsa shares some the underpinnings with its predecessor with a near identical footprint but there is a redesigned chassis, new exterior panels and a completely new interior.

There is a choice of diesel and petrol engines for the new hatchback model, which will be available in both 3 and 5 doors.

Vauxhall are introducing a 1.0-litre, 3-cylinder ECOTEC Direct Injection Turbo petrol engine with choice of 90PS or 115PS outputs plus a new version of their 1.4 turbo petrol engine outputting 100PS/200Nm. There will also be two normally aspirated 1.2 and 1.4 petrol units and a 1.3 CDTi diesel.

With the choice of either a six-speed manual or six-speed automatic gearbox depending on the engine choice.

Vauxhall are introducing a new range of tech for the Corsa, including IntelliLink which operates through a 7-inch colour touchscreen, and can be controlled via apps such as BringGo (for navigation), Stitcher and TuneIn (for global radio channels and internet podcasts). The system is compatible with both Apple and Android ‘phones, and incorporates additional features, such as voice command, Bluetooth, Siri Eyes Free and FlexDock, an area for locating/charging your mobile phone.

This is a 6-year+ news article, from our Vauxhall archive, which dates back to the year 2000.

If in doubt check with your local Vauxhall dealer as car prices and technical data will have changed since 2014.