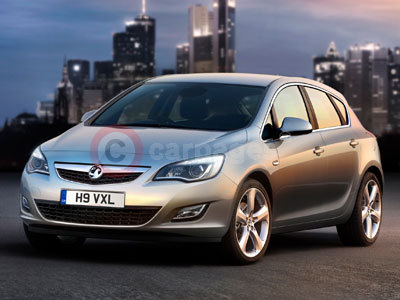 The All New Vauxhall Astra

The first official images of the new, British-built Vauxhall Astra have been revealed, which will debut as a five-door hatchback at this September's Frankfurt Show and will appear in UK showrooms at the end of 2009.

Marking the sixth generation of the Vauxhall Astra in 30 years, the new car's design team was led by Mark Adams, the British designer responsible for last year's European Car of the Year-winning Vauxhall Insignia.

With its strong, cab-forward silhouette, steeply-raked windscreen and sloping rear roofline, the new Vauxhall Astra makes ingenious use of many of the design features found in the Vauxhall Insignia, but in a fresh and innovative way. Also like the Vauxhall Insignia, it has spent over 600 hours in the wind tunnel, benefiting performance, economy and overall refinement.

"We're continuing with the same premium design cues as the Insignia, inside and out of the car," said Adams, Vice President of GM Europe Design. "However, the main design themes, like the wing-shaped light signatures and the blade, needed an individual execution to avoid 'cloning' the model ranges. This is why, for instance, you see twin wings in the rear lights and a reversed blade on its flanks."

Underpinning the Vauxhall Astra's rakish, 4.4 metre-length body, is an all-new chassis with a 71 millimetre-longer wheelbase, benefiting both passenger comfort and packaging. Wider tracks front and rear feature, as does a new rear axle design, which not only improves stability and agility, but takes the Vauxhall Astra's ride comfort into a different league.

Enhancing the Vauxhall Astra's dynamic performance still further is the option of Vauxhall's clever FlexRide system, a rarity in this sector which offers drivers three unique damper settings - standard, sport and tour - while being fully adaptive to changes in driving style and cornering speed.

Pictures of the new Vauxhall Astra's interior will be released soon, but in the meantime expect similar strides in quality to those found in the Vauxhall Insignia, combined with big improvements in packaging, seat design and in-cabin storage. Mark Adams' unique wrap-round dash treatment will also appear in the Astra, but with a different take on that found in the Vauxhall Insignia.

Unique in this sector will be the Vauxhall Astra's optional, latest generation AFL (Adaptive Forward Lighting), which features bi-xenon lighting that changes its intensity and reach to suit prevailing road conditions. A similar system was introduced on the Vauxhall Insignia, and is now recognised as one of the most advanced systems available.

The highlight of the new Vauxhall Astra's powertrain line-up is the introduction of an all-new, 140PS turbocharged 1.4-litre petrol unit, which builds on Vauxhall's commitment to engine downsizing and reduced emissions/fuel consumption, while retaining the performance of a larger capacity vehicle. The 1.4T joins three further petrol engines, which range from 100PS to 180PS, and four diesel engines ranging from 95PS to 160PS. All engines are Euro 5 compliant.

"The only part of the Astra which isn't new is its name," said Andy Gilson, Vauxhall's Marketing Director. "And that name currently accounts for around 30 per cent of all Vauxhall's car sales, with the five-door hatch taking 60 per cent of those sales alone - so it's important to lead with this body style. Not only is the Astra a crucial new model for Vauxhall, but we're confident that its blend of dynamic design, new-to-class technology and immense driver appeal will attract an even broader spectrum of buyers in this sector."