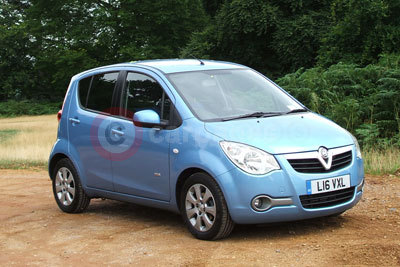 Did you know that so-called, ‘monocab’ cars accounted for more than 1.1million new registrations in 2007? Over 94,250 of those were in the UK, so it isn’t surprising that it is labelled the fastest growing segment.

Over 440,000 Agilas have been sold in Europe, since its launch in 2000. Moreover, Vauxhall tells us that it leads the market in the UK with its range of monocab vehicles; Agila Meriva and Zafira.

Just like the previous models, the new Agila is designed for the city. It is small but TARDIS-like, flexible and nippy, easily manoeuvrable and fuel efficient. And, for 2008, the looks have been brought bang up to date.

The previous Agila, with its boxy shape, rectangular windows and straight lines now looks distinctly dated alongside the new version, which is far more fluid in its design. Clearly the box shape is the most space-efficient and the Agila has lost little or nothing in comparison, it has simply been disguised in a softer shape.

The front end features the essence of the Vauxhall family face with spoon-shaped fog lights set into a more bulbous front bumper. The bonnet has the heavier ‘V’ and chromed bar over the smiling grille that sits between the almond-shaped headlight clusters, which themselves flank the creases that serve to raise the centre section of the bonnet.

From the side, the Agila’s new wedge shape makes it evident that this is more than a cosmetic tweak. The parallel lines of the old car have been replaced by angled side windows made so by the waistline that rises towards the back. Echoing this is a similar design line, just above the sill, that links the gently protruding wheelarches that give the car a sporty look.

The Agila remains a 5-door hatchback but even the doors have lost their geometric tendencies.  The new rear doors are wider at the top for easier access and now incorporate the quarterlights that used to be separate and closer to the tailgate.

Like the front, the rear end also has a larger, rounder bumper, which is deeper than before and now accommodates the rear registration plate. Furthermore, the lights have been moved from below the window-line to a high-level position, either side of the almost square tailgate.

I have to admit that my initial impression was that the new Agila was big and ugly but that was the black one with orange interior panels, whereas the new Moroccan Blue emphasises the curves and is nowhere near as brash inside.

Vauxhall Agila Images may not be UK specification cars. Colours and exterior and/or interior elements may differ from actual models.