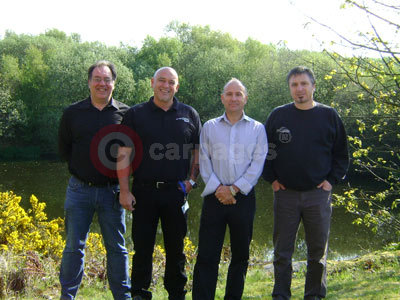 Employees at Vauxhall's Ellesmere Port plant have received international recognition for their contributions to wildlife habitat conservation on their site.

On 11th November 2010, the Wildlife Habitat Council (WHC) awarded Vauxhall at Ellesmere Port with a "Wildlife at Work" certification at its 22nd Annual Symposium in Baltimore, Ohio, USA.

Ellesmere Port site wildlife activities began in 1999 with the planting of over 2000 trees in cooperation with Mersey Forest, a local conservation group: One tree was planted for every employee in an area called Hooton Wood. In the mid 1970s the site's fire water reservoir was converted into wetland as the installation of fire water tanks made the reservoir's former use redundant. More recently, in 2009, Vauxhall employees formed a 10 member wildlife management team to actively manage and monitor approximately ten acres of the site's wildlife habitat, including deciduous woodlands, grasslands, freshwater wetlands and ponds.

The wildlife team also dedicated some of its work to enhancing the site's habitat for pollinators: In 2009, two areas were seeded with native wildflowers, a reduced mowing schedule was initiated in some areas, and the use of chemicals and pesticides was formally restricted where such restrictions were possible.

In order to protect the site's existing native habitat, the wildlife team also implemented a programme to control the invasive Japanese knotweed and prevent the plant from spreading.

Mark Ford, Vauxhall's Ellesmere Port Plant lead environmental engineer, tragically passed away on Monday 11th October after suffering a heart attack and stroke. Mark's inspiration and leadership over the years contributed greatly to the site's wildlife habitat and its international recognition - a milestone for Vauxhall and for General Motors.

Other environmental achievements of Vauxhall's Ellesmere Port plant include being the 1st vehicle manufacturer in the world to receive Environmental Management Standard BS 7750 (now ISO 14001) in 1995. In 2007, the plant was the 1st UK manufacturer to receive Energy Efficiency Accreditation and win the EON Energy Award. In 2008, the site received an award for reducing VOC emissions by over 30% from 2004 base levels achieved under Mark Ford's leadership.