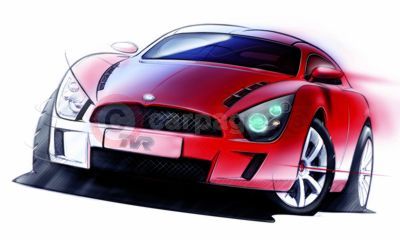 Today the magazine reports that despite recent job cuts and the imminent closure of its Blackpool plant the company is planning new models and relocating the company to purposely designed premises - possibly overseas.

TVR’s Russian owner Nikolai Smolenski has ambitious production targets in his sight, to more than double TVRs greatest ever year to 5000 cars a year with a focus to export to expanding markets like Dubai, Malaysia, Singapore and Indonesia. Making this many cars would put it on a par with Aston Martin.

Autocar reveals that there are three live relocation possibilities on the tables, Wales, The Midlands or overseas. However no details will be released until TVR have informed Blackpool union officials of their decision. Insiders say that TVR anticipate that production will be up and running this time next year.

Die hard TVR fans can expect to see a three-tier model range of models broadly based on the current Sagaris, Tuscan and Cerberra with roadster, targa and coupe variants.

Sources reveal that the appearance of a new luxury expensive supercar is very likely to be added to the range within a couple of years.

Chas Hallett, Autocar editor said "News of a TVR rescue is terrific, but it’s precarious position should still not be under-estimated. It still needs to secure premises and find skilled workers. But a world without TVR is a grim one for anyone interested in cars."

If in doubt check with your local TVR dealer as car prices and technical data will have changed since 2006.

TVR Images may not be UK specification cars. Colours and exterior and/or interior elements may differ from actual models.