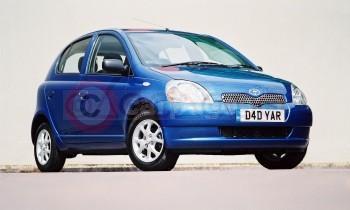 The new Yaris D-4D continues the low cost of ownership trend from Toyota at a time of unprecedented growth in the UK diesel market. Sales of the Yaris D-4D since its launch in March have exceeded expectations with year to date sales at over 1,100 units to the end of July.

Yaris D-4D sales made up approximately eight per cent of all Yaris sales for the month of July just under the segment average of 9.9 per cent. Toyota expects to sell around 3,500 Yaris and Yaris Verso D-4D models in 2002. The diesel market in the small car segment has grown by 36.8 per cent year to date compared to last year. Toyota expects to see continuing popularity of diesel engines in this sector with 2003 being the first full year sales for Yaris D-4D.

Toyota, recognising that competitive maintenance and crash parts costs are as vital as a high standard specification in the diesel supermini market, places the Yaris in a commanding position. Toyota Yaris D-4D represents low running costs and excellent drivability for both retail and fleet customers.

The introduction of the new 1.4 D-4D engine adds a modern, fuel-efficient and fun to drive common rail diesel engine to its top selling Yaris model range, offering lower emissions, better fuel economy and extended service intervals in line with the VVT-i engine models. Add in low service and repair parts costs, and the Yaris D-4D is a class leader in terms of economy and overall running costs.

Replacement crash parts costs are significantly cheaper for the Yaris D-4D compared to many of its contemporaries, which in turn allows for low insurance groups of 3E-4E.