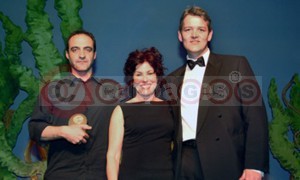 Toyota Fleet has scooped the Gold award for Direct Mail from the Institute of Sales Promotion for its creative promotion ‘Flowers’, a direct mail campaign designed to increase attendance at the new Toyota Avensis fleet launch in February.

The aim was to introduce at least fifty new prospects to the Toyota brand new Avensis. Fleet managers were invited to join a two-day test drive, taking place on 13 and 14 February by means of a personal bouquet of flowers, delivered by Interflora. To avoid any romantic disharmony the recipients could then give the flowers to their partner as an advance apology for being absent on Valentine’s Day.

Toyota Fleet achieved this target response to the invitation with fifty attendees new to the Toyota brand joining the 200 current customers and prospects on the event. One hundred managers who were unable to attend the event were booked in for priority test drives.

The same campaign also earned Toyota Fleet the Silver award in the Business to Business category.

Interflora is world-renowned for its high-quality fresh flower delivery service and by using it as the means of delivering its invitations, Toyota Fleet was able to reach its targeted prospects directly, on time and with maximum impact. By bypassing the conventional mail service the invitations were in no danger of being lost in a crowded in-tray or weeded out by PAs and secretaries. Interflora itself developed a special system in order to cope with the volume of orders generated by the scheme through its network of florists.

Judges hailed the ‘Flowers’ campaign as an outstanding piece of creative marketing and praised the way it was delivered direct and used an alternative delivery channel to the Royal Mail.

Kevin Ledgar, Toyota Fleet’s Marketing and Planning Manager explains the campaign’s challenges: "Fleet managers are courted by all the major manufacturers, and are constantly being asked to consider the latest model and deals. The challenge was to develop an idea that cut through the noise of the other communications and deliver the promotion clearly."