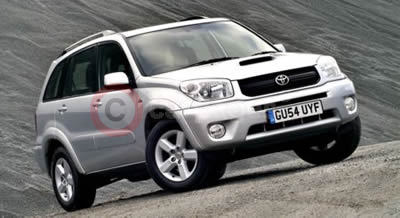 A new top of the range model has been added to Toyota’s funky RAV4 line up with the introduction of the luxury equipped five-door XT5 on sale from 1 December 2004.

With the onset of winter, perhaps the most desirable feature of the new RAV4 XT5 is the comfort of heated front seats as standard, ensuring drivers will leave cold seats behind them.

Simultaneously the grade structure of the RAV4 range has been revised with the XT3 grade replacing the XT2 as the entry model, available in three and five-door body styles.

All RAV4 models also include driver, front passenger and Curtain Shield airbags, and ABS with EBD as standard equipment.

This year RAV4 celebrates its tenth year on sale and it remains Europe’s best-selling SUV with more than 1.4 million sales worldwide.

When the original RAV4 was launched in 1994, it provided the impetus for a whole new breed of recreational 4x4 vehicles. The concept of a compact SUV that is fun to drive, both on and off the road, proved an instant hit with motorists.

In the UK the RAV4 has enjoyed sustained popularity with year to date sales rising 14 per cent on the same period in 2003.