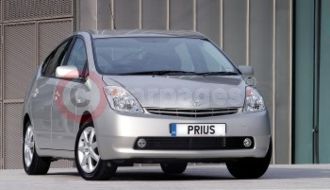 It claimed the top honour with 380 points, the highest score achieved in the history of the awards. Its trophy haul also represents the best performance by any powerplant in a single year.

The results were a triumph for Toyota’s Hybrid Synergy Drive philosophy, which is based on achieving the best possible balance between environmental performance and driving pleasure. Accepting the awards at the Engine Expo 2004 in Stuttgart yesterday, Dr Takehisa Yaegashi, Senior General Manager of Toyota Motor Corporation’s Powertrain Development Group, said: "These important awards are yet another recognition of Toyota’s Hybrid Synergy Drive technology. They are a huge encouragement for us to proceed with the development of even more fuel-efficient and eco-friendly powertrains."

The Hybrid Synergy Drive system was first named winner of the 1.4 to 1.8-litre category and then took first place in the Best Fuel Economy section of the competition, based on its official EC combined cycle fuel consumption of 65.7mpg (4.3l/100km). It was also considered the best engine to have been introduced in the past year.

In the International Engine of the Year award, it was the first choice of 51 of the 56 judges, amassing a record 380 points, substantially more than its closest rival.

The International Engine of the Year Awards have been held since 1999 and were established with the aim of recognising the best engines available on the market, worldwide. Every engine in mass production and available in a production car on sale in more than one country as at 26 May 2004 was eligible for consideration.

The judging panel comprises 56 respected journalists from 24 countries across five continents. As well as the principle award, honours are presented in 11 other categories, which focus on engine capacity, fuel economy and performance.