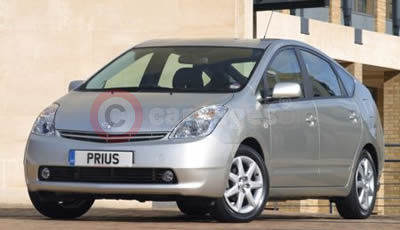 The Toyota Prius has been awarded the prestigious accolade 'Car of The Year 2005'.

Steve Cropley, Editor-in-Chief, Autocar magazine, is one of the six UK members of the Car of the Year Jury. Speaking about the announcement, he said: "Toyota’s Prius is the most successful hybrid car available today and is being used as everyday transport by 120,000 drivers worldwide. Toyota have clearly demonstrated the way forward."

The Car of the Year Jury is made up of 58 senior journalists from 22 countries. Their object is to choose the most outstanding new car to go on sale in the past 12 months. Jurors vote twice, first to select a short-list of seven from the new cars launched in Europe - 32 this year - then once again, to choose a single winner. Last year's COTY winner was the Fiat Panda.

Autocar is one of seven leading publications from around Europe which organise the Car of The Year contest. Each publication takes it in turn to organise the vote, publicise and promote the contest and hold the prize-giving ceremony. The Jury is completely independent of the Organising Committee in matters connected with the award itself, the selection of eligible cars and the voting.

The Car of The Year 2005 winner is announced today, November 15th 2004, simultaneously across Europe. The official trophy presentation will take place in Stockholm in January 2005 at a function hosted by the Swedish magazine Vi Bilagare.

The Toyota Prius is the cleanest family car on sale with an emissions figure of just 104g/km; it combines a 1.5-litre petrol engine with a powerful electric motor. At speeds of up to 30mph the Prius can run on its electric motor alone making it a zero emissions vehicle in city traffic and when stationary. At higher speeds or when brisk acceleration is needed the petrol engine cuts in to work with the electric motor and battery.

During deceleration and braking, the electric motor operates as a generator to help recover energy that would otherwise be wasted and restore the charge of the battery. This is known as regenerative braking and explains why Prius never requires 'plugging in' as would be the case on a conventional electric car.

58 Jury members have 25 points to apportion to at least five of the seven cars on the short list. The final points score: