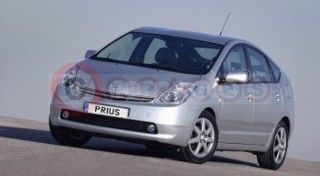 Toyota has unveiled its all-new Prius (the word means 'ahead of its time'), ushering in a new age of hybrid power vehicles. The car is scheduled to go on sale in the UK in November this year.

Key Points The second generation Prius will build on the achievements of the pioneering original model, launched in 1997 as the world’s first mass-produced hybrid power passenger car. To date, over 110,000 have been sold.

The new car is improved in every way. It is bigger, faster, more fuel efficient, pollutes less and is more fun to drive.

The new Prius introduces a high-efficiency power system, the Toyota Hybrid Synergy Drive. It is a full hybrid system, which means it can work in full petrol or electric modes or with a combination of both power sources. Performance compares to diesel powered family hatchbacks with a 0-62mph time of under 11 seconds.