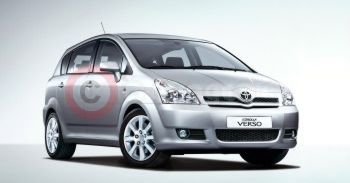 Toyota will unveil its all-new Corolla Verso model at the Geneva Motor Show in March, ahead of sales across Europe starting in May this year. The all-new car will make a quantum leap in design, versatility, ease of use and quality, areas of prime concern to motorists in the highly-competitive compact MPV market.

The new Corolla Verso will join the Avensis, Corolla and Yaris models at the heart of Toyota’s core European product line-up, demonstrating Toyota’s commitment to further success and expansion in the European market. The Corolla Verso aims to attract a new type of customer: not only is it a well-designed car which will support their demanding lifestyles, it is versatile and flexible without compromising on style.

Toyota Corolla Verso Images may not be UK specification cars. Colours and exterior and/or interior elements may differ from actual models.