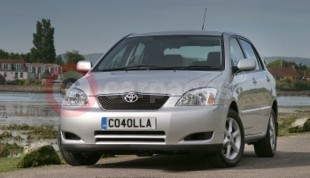 Toyota’s rapid advances in clean engine development have left its market rivals standing. With the introduction of a new 2.0-litre D-4D engine into the Corolla range Toyota becomes the first manufacturer to provide a complete engine line-up in the two principle volume market sectors (C and D) that is fully compliant with Euro IV emissions standards.

That’s good news both for the environment and for drivers, who can enjoy cleaner performance, increased fuel economy and lower company car tax and with no loss of driving performance or pleasure.

The launch of the new engine means that all engines – petrol and diesel – in both the Corolla and new Avensis now meet the stricter emissions criteria, a full 18 months before they are due to come into force.

Delivering this level of clean performance so early provides excellent cost of ownership benefits for both private and company car drivers. And in developing its lower emissions technology, Toyota has not had to compromise on performance, driveability or economy: all engines provide a strong balance of power, flexibility and competitive fuel consumption.

Where fuel economy is concerned, the new 114bhp 2.0-litre D-4D unit takes the Corolla to new heights, with a combined cycle figure of 50.4mpg for the three-door models.

Built at Toyota’s Deeside factory in North Wales, the engine is being offered in the Corolla alongside the established 89bhp D-4D unit. The 109bhp diesel engine, previously available only in the five door T Spirit model, has been deleted from the range.

Prices equate to a premium of £500 above the equivalent Corolla 89bhp diesel models. All models come with Toyota’s three-year/60,000 miles warranty, three-year paintwork warranty and 12-year anti-perforation warranty. All Corolla models require just a health and safety check, including an oil change, at 10,000 miles. Full services are scheduled at 20,000-mile intervals. EURO IV-COMPLIANT DIESEL: SPECIAL BENEFITS FOR COMPANY CAR DRIVERS The new Corolla 114bhp 2.0-litre D-4D diesel joins the recently launched new Avensis D-4D in the lowest, 15 per cent band for company car-based Benefit in Kind (BIK) taxation for the T3 three door Corolla, which has a CO2 emissions rating of 149g/km. More than that, the new engine will save company car drivers three per cent in BIK tax, equivalent to up to £300 over three years compared to key market rivals. This is directly linked to its Euro IV compliance: diesel engines which do not meet the Euro IV standard are subject to a three per cent penalty compared to the rating for their petrol equivalents.

Kevin Ledgar, Marketing and Planning Manager for Toyota Fleet, said: "Toyota is the first to market with a range of vehicles that meet Euro IV requirements. This is great news for company car drivers who could save up to £300 on tax over three years by driving a Corolla diesel rather than a Ford Focus." The Toyota Corolla T3 three door is almost £300 cheaper in company car tax over a three-year period compared to the Ford Focus Zetec, while the Peugeot 307 2.0 HDi is £224 more expensive. Both the Focus and 307 fall into the 18 per cent BIK bracket as their engines are not Euro IV-compliant.

In addition to the tax saving, company car drivers will also benefit from lower National Insurance contributions and, for those receiving free fuel benefits, a reduction in fuel taxation.