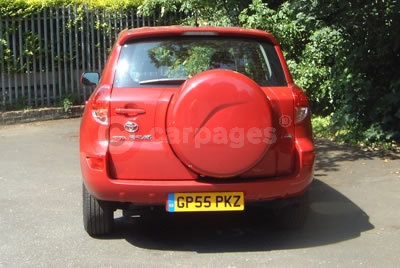 The test car was the £25,630, XT5, housing the 2.0VVT-I petrol engine with the 4-speed automatic transmission. This engine is also available with manual transmission, which I think I would have preferred. I found the auto ‘box to be a tad limiting and there isn’t a sequential change adjunct. Nevertheless, it is quite a smooth change and the ‘kick-down’ works well without too much delay.

Although most RAV4s will never venture far from tarmac, they have Active Torque Control four-wheel-drive as part of the Active Drive System, for the more adventurous. This also includes Vehicle Stability Control Plus (VSC+) and Electric Power Steering (EPS). The ATC-4WD automatically transfers torque between the front and rear wheels as and when the electronic gizmology deems necessary. The conventional centre-differential his set aside in favour of a range of sensors that monitor, throttle angle, speed, gear ratio and steering angle as well as engine torque and speed.

Armed with this information the system then decides whether to switch from front- or 4-wheel-drive for the best possible traction and economy. There is, however, a 4WD ‘lock’ button on the dashboard, which holds the torque distribution at 55:45 in favour of the front wheels, for sticky situations. The RAV4 is still a ‘soft-roader’ - it is never going to climb every mountain but it will give it a pretty good go.

Back on the road, the fuel consumption figures are fairly average at 24.4 mpg for the urban cycle, 38.2 mpg for the extra-urban, which results in a combined of 31.4 mpg. The CO2 emissions are posted as 212g/km, putting in VED Band F.

Whether it was the RAV4 that instigated the SUV market, or not, it has always been one of my firm favourites and the new car hasn’t changed my opinion in any way. Having said that, the new one, while still a good workhorse, is much more sophisticated and you wouldn't want to get it dirty. But it still has an element of cheeky schoolboy fun about it.